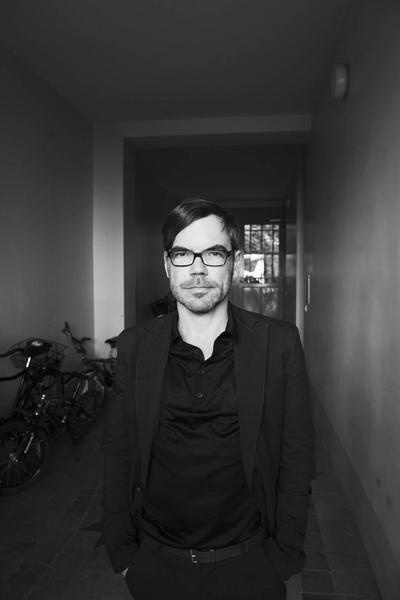 David Wagner, the prize-winning author of novels, short stories and numerous articles for respected German newspapers, is to give a public reading from his works at the University of Aberdeen on February 28.

The University of Aberdeen is Wagner’s first destination outside the British capital and during his three-day visit the writer will be conducting literary workshops with German Honours students and will also give a public reading (in German) from his works.

Wagner’s hitherto most successful publication is the novel Vier Äpfel (Four Apples, 2009). Set exclusively in a supermarket, the work provides humorous and insightful criticism of the existence of the modern city-dweller and consumer.

Wagner, who was born in the Rhineland in 1971, has for the past two decades lived in Berlin, a city which frequently provides him with the inspiration for his work such as in Welche Farbe hat Berlin? (What Colour is Berlin? 2011), a collection of essays which examine aspects of the vibrant and dynamically changing Federal capital city.

Wagner is currently the Writer in Residence at the Centre for Anglo-German Cultural Relations at Queen Mary, University of London, as sponsored by the German Academic Exchange Service (DAAD). The programme, in co-operation with British and Irish universities, aims to enable important contemporary German writers to take an active part in university life. During their visits authors give readings from their work, report on the current German literary scene and hold seminars in order to give staff and students the opportunity both to experience German writers in person and to better understand their work.

“Exchange programmes of this kind forge important links between the University and the cultural scene of Germany, and the reading will offer a fascinating glimpse into the mind of the writer and into the country that forms the subject of his novels.”