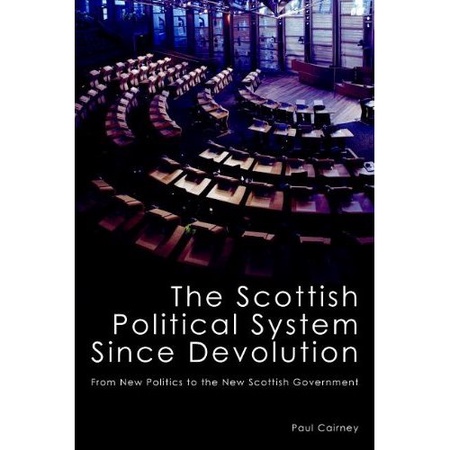 A ‘perfect storm’ could be created in which Scotland votes ‘yes’ for independence despite a lack of overall support for breaking the Union, according to an Aberdeen academic.

Dr Paul Cairney, Head of Politics at the University of Aberdeen, has analysed the 12 years of the devolved government for his new book ‘The Scottish Political System Since Devolution: From New Politics to the New Scottish Government’.

In it he argues that the Scottish public wants more devolution, not independence.

But he argues that if the UK government hold a snap poll – annoying the Scottish electorate and reminding them of the old top-down Conservative rule – and asks the electorate to make a straight yes/no decision, a surprising result could ensue.

Dr Cairney argues that the outcome could be influenced heavily by a combination of the timing of the referendum, the question put to the public – and who asks the question.

“When given a choice between independence and more devolution, more people choose devolution.  However, a referendum without the devolution option will produce a different response.  If you put pressure on respondents to choose quickly and give them a very limited choice, it could produce a surprisingly positive result.  Therefore, most political parties are taking a major gamble on this issue by rejecting a multi-option or two-question paper.

“Ten years of Devolution Monitoring Reports show that there has been no real rise in support for independence despite the success of the SNP. But it doesn’t take much for this to change at short notice.

“It is not hard to imagine a situation where the SNP campaign runs well and the Conservative government is unpopular producing a yes vote.”

The constitutional issue is aspect part of the book, which also covers the early history of devolution and charts issues such as: the rapid deterioration of Scottish Labour support; the demise of ‘New Politics’; the surprisingly small difference that coalition, minority and majority government makes to the Scottish Government’s relationship with the Scottish Parliament; the smooth relationship between the Scottish and UK Governments; the major policy decisions taken since devolution; and the tenacity of the ‘Barnett formula’ to determine devolved finance.

The Scottish Political System Since Devolution: From New Politics to the New Scottish Government is published by Imprint Academic and is out now. For further details visit http://www.booksonix.com/imprint/bookshop/