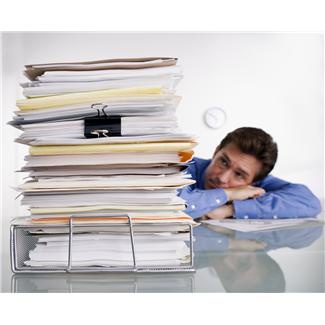 More than 10 million working days are lost in Britain each year due to work related stress, according to Health and Safety Executive figures.

Each case of stress related ill-health leads to an average of 30 days off work and the cost of the problem on society is estimated to be in the region of £5 billion each year.

Stress in and out of the workplace will be debated this Monday night (January 16) at the first in the new series of Café Med - free public talks about health organised by the University of Aberdeen’s Public Engagement with Science team.

Professor Marie Johnston, Emeritus Professor of Health Psychology at the University, who founded the field of health psychology in Britain and set up one of the country’s first stress management clinics, and Dr Peter Murchie, a GP and Senior Lecturer in Primary Care at the University, are giving the Signed off with Stress talk, taking place between 6pm and 8pm at the Suttie Centre café at Foresterhill and open to all.

The causes of stress and the different ways the condition can manifest itself are among the issues being aired.

Professor Johnston, who conducts research on work-related stress, said: "It’s pertinent that our talk is taking place after Christmas which can be a stressful time for many.

"Stress can be caused by all sorts of factors and affect different people in different ways. Some people can get weepy; others can get worked up while stress causes other people to feel worn out."

Dr Murchie added: "There are a variety of different life events that can cause stress such as the death of a spouse, family breakdown, moving house, illness and unemployment. And in the work place it could be relations with a superior or subordinate.

"I hope our talk gets across the magnitude of the problem and how stress is a very real entity and that people shouldn’t be seen as skiving when they are signed off work with stress."

Café Med and the University’s Café Scientifique series are supported by a science engagement grant from the Scottish Government.

Dr Ken Skeldon, Head of the University’s Public Engagement with Science team, added: "Stress is a particularly interesting topic to be launching our series with as many of us will know someone affected or may have personal experience of feeling under stress.

"This series of Café Med will also feature talks about research underway at the University into dementia as well as pioneering work being done by scientists who are exploring the use of stem cells as a treatment for osteoarthritis.

"The use of telemedicine in remote areas and an insight into how physicists and ophthalmologists are working together on eye disease are also on this season’s programme which should have something for everyone."

Full details of the cafe discussion events can be viewed at www.cafescienceaberdeen.co.uk/