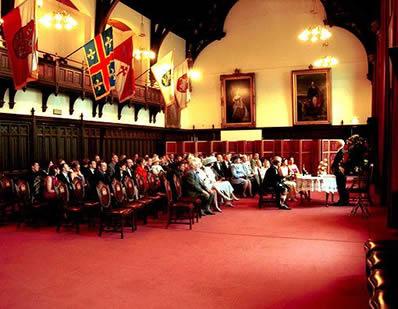 The extraordinary achievements of two hugely influential figures who hailed from the Granite City will come under the spotlight at a free talk taking place tonight (December 7).

Great Aberdonians is a new series of public lectures organised by the University of Aberdeen's Research Institute of Irish and Scottish Studies, in collaboration with Aberdeen City Council, which celebrates some of the city's well travelled sons who made their mark on society.

The second of the six-part series takes place tonight when Professor Robert Frost will discuss the life and contribution of Patrick Gordon and Robert Gordon.

Patrick Gordon (1635-1699) was a general of the Imperial Russian Army who played a central role in one of the great political transformations in European History, as the military mentor of Tsar Peter the Great of Russia.

Graduate of Marischal College, Robert Gordon (1668-1731) travelled far and wide around Northern Europe before finally settling in Gdansk where he established himself as a hugely successful merchant trader.

Tonight's talk takes place in the Town and County Hall in the Town House on Aberdeen's Union Street and begins at 7.30pm. All are welcome to attend.