Sound of success for album by Aberdeen composer
23 November 2011 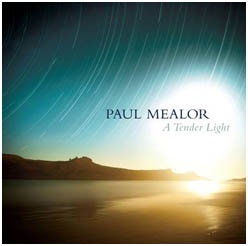 The new album by University of Aberdeen composer Paul Mealor has shot straight to the top of the classical charts.

A Tender Light, which aims to introduce the new sound of British choral composition to a wider audience, has reached the number 1 spot in the Classical Specialist Charts.

Released on Decca Records, the album features Mealor’s Ubi Caritas which was performed at the Royal Wedding of the Royal Highnesses the Duke and Duchess of Cambridge.

Followed by 2.5 billion people, probably the largest audience in broadcasting history, the performance by the choirs of Westminster Abbey and Her Majesty’s Chapel Royal, conducted by James O’Donnell on 29 April 2011 catapulted Mealor to international attention.

A Tender Light features both the Latin (Royal Wedding) version of Ubi Caritas and the English language version Now Sleeps the Crimson Petal based on Alfred Lord Tennyson’s poem.  Within that same set, Four Madrigals On Rose Texts, is another of the album’s highlights, A Spotless Rose.

Professor Mealor said the success of the album has capped a ‘truly remarkable year’. In 2011 his music has rapidly entered the repertoire of choirs and singers around the world and was performed at services across the United States in commemoration of the events of 9/11, including the official New York ceremony at St Paul’s Episcopal Cathedral.

Professor Mealor said:  “I really can't believe the album, A Tender Light has done so well in its first week - it's both humbling and a little unbelievable.

“Composers like me rarely get the opportunity to work with major recording labels. As a youngster growing up in north Wales, I could not have dreamed of this. It’s an opportunity to bring contemporary classical and choral music to a much broader audience.What a year it's been!”

Mark Wilkinson, Managing Director of Decca Records welcomed Paul Mealor to the label’s growing family of high profile international musicians and artists. He said: “Paul is one of those composers who will undoubtedly leave his mark on music history, and we are proud to be recording his music and making it available to a broad and global audience.”