New Rector for the University
10 November 2011 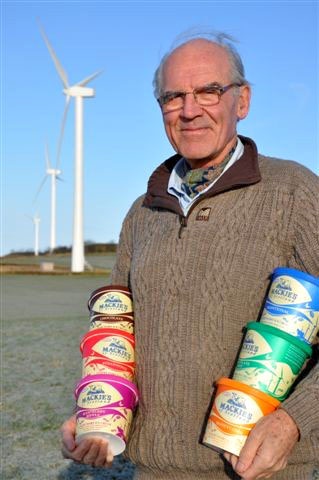 Well-known businessman Maitland Mackie has been announced tonight as the new Rector of the University of Aberdeen.

Dr Mackie takes over the three-year tenure in January after being voted in by students.

“This brings back memories of being a student at the University of Aberdeen 55 years ago and, in particular, when we were much engaged in securing our Rector of choice during the Rectorial elections back then - and the things we got up to at that time can’t be spoken about!”

Tessa Birley, President of Aberdeen University Students’ Association, said: “I am really delighted that Maitland has been elected as our new Rector, not least because of his commitment to environmental issues in addition to his knowledge of our University.  The Students’ Association looks forward to installing him as our new Rector in the traditional way. We are confident he will be a real champion for Aberdeen students.”

Returning Officer and Senior Vice-Principal of the University, Professor Stephen Logan, added: “Many congratulations to Maitland and all the candidates for an excellent campaign. I look forward to working with Maitland in the University Court where I am certain that he will be a strong voice for our students.”

Dr Maitland Mackie graduated with a BSc in Agriculture from the University of Aberdeen in 1958 and MA Hons Economics in 1971. He was chairman of the Aberdeen Students’ Charities Campaign during his time at University.  Dr Mackie is Chairman of Mackie’s of Scotland, a family owned ice cream dairy, which also makes crisps.  He was awarded an honorary Doctor of Laws degree in 1996. Dr Mackie is an advocate of renewable energy and is currently a member of the University Court, to which he was elected by former students. An election will now be held for a successor to this Court role.