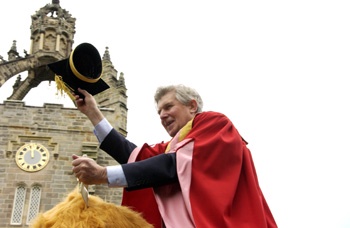 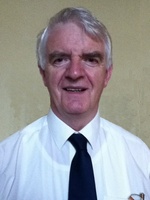 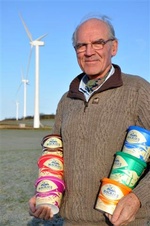 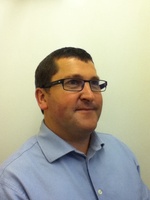 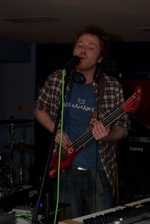 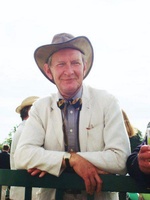 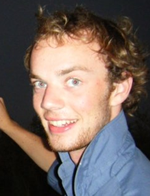 A student, lawyer, music photographer and reviewer, charity founder and two businessmen are standing for the historic post of Rector of the University of Aberdeen.

Whoever is appointed as Rector will take over the post on January 1, 2012

Student Matthew Bell is originally from Edinburgh and studied at Telford College in 2007/08 for a HNC in Journalism, before moving in 2008 to the University of Aberdeen to begin an MA International Relations and Politics degree. He climbed Mount Kilimanjaro in 2009 for the charity Child Reach International. Matthew has worked to fund his studies, by doing shifts as a barman and at a supermarket.

Educated and raised in Glasgow, James Steel began his career there as a solicitor. He concentrated on court work and, on moving to Aberdeen in 1972, developed that, becoming the court partner successively in two Aberdeen firms. He is currently a consultant and has been tutoring university students in law at the University since 1976.

David Craig has spent the last three years working as a rock concert photographer and reviewer, and plays in a local band. While doing that he also completed an MA degree at the University of Aberdeen. Prior to that, he worked in the oil industry, manufacturing and supplying equipment.

Colin Lawson grew up around Tillydrone and Old Aberdeen. After leaving Linksfield Academy he had a short spell as a postman, before embarking on a career in the haulage industry, where he has built up a successful business.

Dr Maitland Mackie graduated with a BSc in Agriculture from the University of Aberdeen in 1958 and MA Hons Economics in 1971. He was chairman of the Aberdeen Students’ Charities Campaign during his time at University.  He was awarded an honorary Doctor of Laws degree in 1996. Dr Mackie is chairman of Mackie’s of Scotland, a family owned ice cream dairy, which also makes crisps. Dr Mackie is an advocate of renewable energy and is currently a member of the University Court, to which he was elected by former students.

Jim (James) Henderson graduated from Aberdeen with an MA Honours in English in 1968, Bachelor of Theology in 1988, and gained a Counselling certificate in 1998. He has been a qualified chartered accountant since 1973, and has worked in industry. Since 1975 he has held senior posts in education administration with Grampian Regional Council; the University of Stirling, The Robert Gordon University and the University of Aberdeen. In 1997 he founded NESMA a charity providing free money advice to students and pupils.