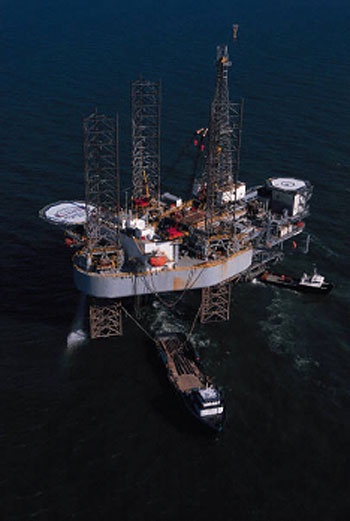 Oil and gas platforms could be serving as beneficial habitats for commercially important fish populations such as cod and haddock, a marine ecologist will report today (Tuesday, September 27) at a major conference in Aberdeen.

If adequate knowledge is to be gained from the existing offshore platforms, there may also be potential for man-made structures like offshore platforms and installations for renewable energy to be used as reef habitat, Dr Toyonobu Fujii will tell the World Conference on Marine Biodiversity

The researcher from the University of Aberdeen’s Oceanlab - who is addressing the conference of marine scientists from all over the world - has been analysing long-term bottom trawl survey data of fish distributions in relation to the installation history of offshore oil  and gas platforms in the North Sea.

“There are currently no less than 500 offshore installations extracting oil and gas primarily from the continental shelf in the North Sea and, since the first installation, more and more researchers have been aware that a variety of commercially important fish species such as cod, haddock and saithe gather in substantial numbers around these artificial structures,” said Dr Fujji.

“We still don’t know exactly why they are gathering there. It could be because there are more feeding opportunities or possibly because they provide places for them to shelter or hide.

“But if they are using these habitats as nursery or spawning grounds then the implications of the physical presence of these structures could be important since such biological mechanisms strongly drive the future population dynamics of the fish.”

Dr Fujii says more research is needed into the causes and seasonal nature of such phenomena in association with artificial structures.  He also wants to explore whether other fish species such as flatfish or pelagic fish (e.g. mackerel) show similar trends and are attracted to these sites.

“Given the magnitude of scales at which fish movement could be influenced by the offshore platforms, such knowledge will be of critical importance for future spatial management of seafloor as well as sustainable fisheries management, perhaps this is even more pertinent now with the expected expansion of offshore renewable energy developments.”

The World Conference on Marine Biodiversity has been organised by the Universities of Aberdeen and St Andrews and is taking place between September 26 and 30.