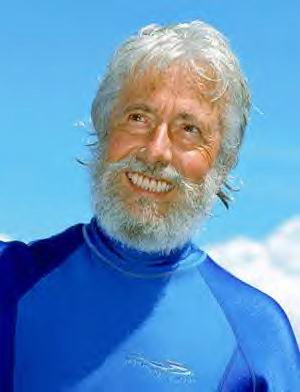 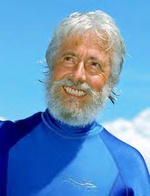 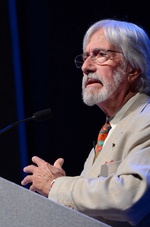 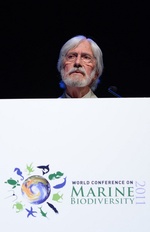 The week-long World Conference on Marine Biodiversity has been brought to Scotland by the Universities of Aberdeen and St Andrews, and takes place at the Aberdeen Exhibition and Conference Centre between September 26 and 30.

The opening session will feature a video produced specially for the event by Future Planet Films and featuring children from schools in England including Edwalton Primary School in Nottingham. The class has just completed a project on plastic litter in the ocean, and on Monday will put their concerns and messages to 1,000 international marine scientists, industry representatives and policy-makers. Following the conference the video will be available for one month on the University of Aberdeen website..

Also on Monday morning the Martha T Muse Prize for Science and Policy in Antarctica will be presented to Dr José Xavier from the Institute of Marine Research of the University of Coimbra in Portugal and the British Antarctic Survey. This US$ 100,000 unrestricted award made by The Tinker Foundation  is presented annually for sustained and significant contribution to enhance the understanding and/or preservation of Antarctica. Dr  Xavier has conducted outstanding research on the predator-prey dynamics that sustain populations of albatrosses, penguins and other top predators in the Southern Ocean.

Monday lunchtime the winners of a young people’s art project called Extreme Oceans will be presented with prizes of digital cameras by eminent professor of ecology Shahid Naeem of Columbia University New York. Pupils at 20 secondary schools from Shetland to Largs took part in the poster competition coordinated by the University of Aberdeen’s Natural History Centre and supported by oil company Britannia Operator Ltd. Over 450 entries were considered on both scientific and artistic content by the judging panel of representatives of Britannia Operator Ltd and Scottish Natural Heritage. The winning and short-listed entries will be on show at the conference exhibition.

Keynote speaker on Monday afternoon is Shahid Naeem, Professor of Ecology at Columbia University, New York. Professor Naeem’s research explores the environmental significance of Earth’s remarkable biodiversity – and why the rare species matter. “We know a great deal about common species, but very little about the 80 percent of the world’s species that are rare,” Professor Naeem will tell delegates. “The rare species, however, represent our insurance for achieving environmental sustainability in the future. In the next decade we will be able to study these rare species – new scientific tools and technologies will make this possible.”

Highlights of the conference exhibition include posters produced by young people aged 11-15  from St Leonards school in St Andrews on what they believe are the marine biodiversity issues affecting our oceans, a video of a rap song  made by a group of boys (age 14-15) from Waid Academy in Anstruther as part of the Ecowarrior competition, and an art installation by pupils at two Aberdeen primary schools created entirely of plastic drink bottles and crafted into the shape and patterns of marine invertebrates.

Internationally-renowned artist Lily Simonsen will be creating on a three-metre canvas her own impressions of the whole event, award-winning film-maker Emma Robins will be promoting Fair Trade Coral, and the Plastic Oceans Foundation will be highlighting issues of marine litter and plastic in the ocean.

Shell is the exhibition sponsor. The conference is supported by ACSEF (Aberdeen City and Shire Economic Future), and by Energetica – apublic-private project to create a concentration of energy technology companies, housing and leisure facilities along a 30-mile corridor from Aberdeen to Peterhead.