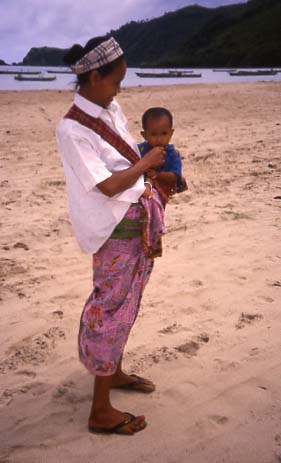 Just 9 out of 137 developing countries worldwide are set to achieve both Millennium Development Goals (MDGs) 4 and 5 to improve the health of women and children.

These are the findings of an analysis published this week in The Lancet that measures progress towards the MDGs using crucial sources of data missing from previous analyses.

The MDGs are arguably global health’s biggest-ever collective goal, and several progress reports were published in 2010. However, the data and estimation approaches used have been the subject of heated debate between academics, government officials, and other analysts. For instance, several key data sources were not included, such as vital registration, national surveys, censuses, and surveillance systems of maternal mortality.

This study led by Rafael Lozano and Christopher Murray at the Institute for Health Metrics and Evaluation, University of Washington, Seattle, WA, USA, includes these additional data sources as well as improved models of estimation.

In children under 5 years, the mortality rate has fallen from 84.1 deaths per 1,000 live births in 1990 to 52.8 deaths per 1,000 live births in 2011, a 2.2% annualized rate of decline. However, the fraction of global under-5 deaths in sub-Saharan Africa has grown from 33% in 1990 to 49% in 2011. Child mortality is a stark reminder of the extent to which countries differ in their death rates, say the authors: “in 2011, the childhood mortality in Sweden, Italy, and Greece is about 0·5 deaths per 1000 live births, whereas in Niger and Equatorial Guinea it is around 87, a 173-times difference.” There has been significant progress in the developing world, however, and countries like Botswana, China, and Rwanda have greatly sped up progress towards reducing child mortality suggesting that the goals can be met when the political will exists.

The authors say: “The major hindrance to the use of resources effectively to scale up coverage of key interventions is health system bottlenecks such as in the health workforce health system infrastructure, health information systems, supply chain logistics, and managerial capacity.”

The authors concede that altering figures can confuse authorities and advocates alike. However, they say, “to argue that we should use old data or forge premature consensus on methods and data sources for the sake of consensus could undermine real accountability for making progress. We must always use the best evidence for assessing trends in global health. An important antidote to policy concern over the robustness of measurement will be wider discussion of the results’ strengths and limitations of different approaches to measurement.”

In a linked Comment, Peter Byass and Wendy J Graham from the Universities of Umeå, Sweden, and Aberdeen, Scotland, say that “one of the most crucial gaps concerns mortality rates in women who might be both pregnant and infected with HIV, and these dynamics become more complex as the number of potentially pregnant women who are both infected with HIV and on long-term antiretroviral therapy increases. Modellers need reliable input parameters (for example, characterising HIV and pregnancy interactions), which can only come from bottom-up, community-based research.”

They conclude: “The publication of various global estimates should be considered as public health actions, with effects modulated by the frequency of updates. Release of global estimates could usefully come within an agreed framework analogous in some respects to the Consolidated Standards of Reporting Trials guidelines for reporting randomised clinical trial outcomes. This idea warrants further investigation and debate in view of the probable deluge of global estimates as the 2015 deadline for achievement of the MDGs approaches. There is a need not only to judge overall achievements towards the MDGs, but also to learn lessons about the contribution of a different kind of public health intervention: measurement and publication.