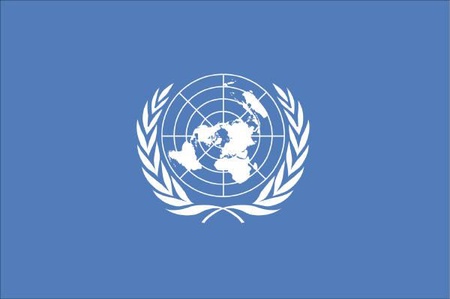 The University of Aberdeen will today (September 20) be acknowledged at a special event of the United Nations in New York.

The UN Secretary-General, BAN Ki-Moon has called on the global community to support action to prevent the deaths of an estimated 16 million women and children in the developing world by 2015.

The University is one of less than a 100 academic institutions across the world invited by BAN Ki-Moon to endorse the Global Strategy for Women’s and Children’s Health and to make a commitment to its success.

The special event will announce commitments made by the global community, including governments, charities, professional organisations, the private sector, and academia.

Principal Ian Diamond, Principal and Vice-Chancellor of the University of Aberdeen, said Aberdeen’s involvement highlighted the proud and long history of the University in providing new knowledge to improve health and in training the next generation of care providers and scientists.

He said: “It is huge honour for the University of Aberdeen to be invited to join and support this important initiative of the United Nations – continuing our tradition and commitment to make a difference locally and globally.”

The University’s commitment will be delivered through the work of Immpact – a research unit dedicated to improving maternal and newborn health in low income countries.

Professor Wendy Graham, who heads up Immpact, said: “For almost 10 years, Immpact has worked with UN agencies, governments and research partners across more than 20 of the poorest countries in the world to strengthen the evidence for action to reduce the burden of disease among mothers and newborns.

“Academia has a key role to play in supporting the Global Strategy for Women’s and Children’s Health through high-quality research and teaching, and Immpact looks forward to playing its part.”

The commitment by the University includes specific mention of raising awareness of women’s and children’s health in the developing world and the UNSG Global Strategy amongst its own student population and other institutions. To initiate this, Immpact has supported Medsin – a student medical association at the University of Aberdeen, in developing their own commitment to the Global Strategy.

Campaigns Co-ordinator of Medsin and medical student, Eilidh McIntyre, said: “It is unusual for student bodies to have the opportunity to contribute and feel part of major global health initiatives, and we are delighted to have had this chance to link with the United Nations.”