How genetics are helping to discover the past
19 September 2011 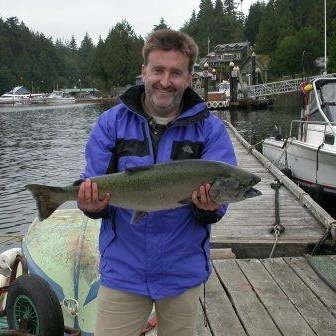 An insight will be given later this week into how tiny molecules found in long dead organisms are yielding clues on our own evolution and cultural history.

The University of Aberdeen’s Professor Keith Dobney is giving a talk on Wednesday (September 21) entitled Archaeology and the Genetics Revolution as part of Techfest in September.

The University’s Fraser Noble building is the venue for his talk which starts at 6.30pm and also celebrates Scottish Archaeology Month.

Professor Dobney will discuss how genetics have helped archaeologists learn more about ancient migrations, the origins of farming, the impact of past climate change and the history of diet and health.

The Sixth Century Chair of Human Palaeoecology will explain how bio-molecules found in fossils are allowing scientists to find out more about our own and related species evolutionary history.

Such molecules remain preserved in long-dead organisms with the most common materials taken from teeth and bones. DNA is then scrutinised to discover more about human diet and migration.

Professor Dobney said: “Using the bio-molecules, archaeologists and scientists can look at what has disappeared from the world, what has changed, and make predictions within evolution.

“This is a totally new, fast-moving scientific discipline and the information we can now extract from ancient human, animal and plant remains would have been thought impossible even five years ago.”

“The things we are learning from this technique will feed into a range of disciples and may even provide new insights into our own unhealthy lifestyles.”

Professor Keith Dobney is available for interviews, to arrange contact Katherine Duncan on 01224 272960

·         TechFest-SetPoint is a registered charity based at and hosted by the University of Aberdeen.

·         Through a programme of Science, Technology, Engineering and Mathematics (STEM) activities - of which TechFest In September is the main event – the aim is to engage, challenge, inform and inspire young people and encourage them to choose a career which utilises these skills.

·         The festival is being supported by joint principal funders BP and Shell, with additional funding from Aberdeen City and Aberdeenshire Councils, the Scottish Government and the Department of Energy and Climate Change.