Unlocking the secrets of the ‘Bennachie Colonists’
14 September 2011 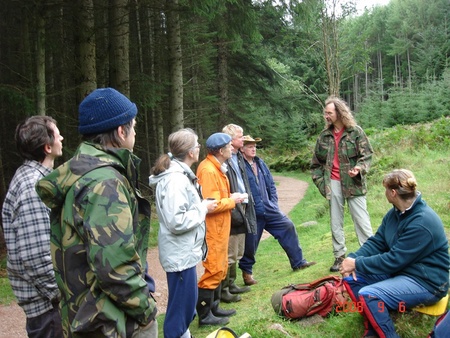 Researchers from the University of Aberdeen will team up with a voluntary conservation society, the Baillies of Bennachie, to host a community archaeology weekend which could help to unlock the secrets of the ‘Bennachie Colonists’.

The ‘colony’ on the slopes of Bennachie is celebrated in the north-east for having been a site of tension between 19th century crofter-colonists, who settled on unoccupied common land, and neighbouring landowners.

The landowners eventually took up court action to divide the common land, forcing the colonists to either leave the settlement or to become tenants. Much of the settlement can be still seen today in the form of ruined stone dwellings, garden plots and dry-stone enclosures.

Assisted by members of the public, the archaeologists will be investigating the settlement and its environs to find out more on September 24 and 25.

Dr Peter Jordan, Head of Archaeology at the University of Aberdeen, said: “These are settlements largely abandoned in the latter half of the 19th century when land-hungry estates on the perimeter of the common land eventually carved up the whole area.

“The tale of the colonists – a group of landless migrants resisting these changes – is popular within the local history of the north-east due to the tension it caused between the farmers and powerful estate owners.

“However much of what we know about the site is confined to the 19th century. Through this project we hope to discover more not only about what life was like for the nineteenth-century colonists but whether the site has older roots.”

The archaeology weekend will involve the digging of test pits to look for ceramics and other artefacts to which a date can be attached.

“We hope to find out when the site was first inhabited,” Dr Jordan added. “Working with volunteers we will dig as many test pits as we can over a two day period.

“These test pits will be used to inform the locations of more detailed excavation in areas of interest in the future.”

The dig will take place on Saturday 24 and Sunday 25 September from 10am to 5pm meeting at the Bennachie Centre, Chapel of Garioch, Inverurie