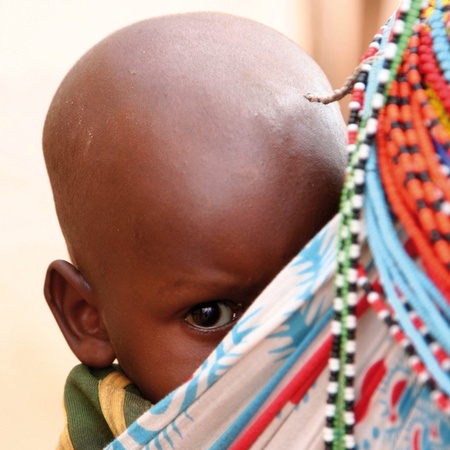 Hundreds of school pupils from all over Scotland will tomorrow (September 8) hear about worldwide efforts to promote better maternal health in developing countries to increase the chance of survival for mums-to-be and their babies during childbirth.

Dying for Life: Save the Mothers Save the Worldis the theme of the event so-called because every year two million children worldwide see their mother die of pregnancy related complications.

The Forum focuses its themes around the United Nations’ Millennium Development Goals (MDGs) and for their first event they have chosen to examine the most off-target of the eight MDGs - the fifth goal which is a 75% reduction in deaths during pregnancy and childbirth by 2015.

Professor Graham will explain the size of the problem – one woman dying almost every minute of every day because of pregnancy or childbirth, with virtually all of these occurring in the developing world.

She will also tell students about the human tragedies behind the stark facts and about ambitious efforts to bring about progress.

Professor Graham said: “It is important to find appropriate ways to engage youth in some of the 21st century global challenges – raising their awareness to both the problems and the solutions.

“Maternal death is, thankfully, very rare here in Scotland today, so the students are likely to be completely unaware that these tragedies still happen day-in and day-out in the developing world.

“Universities have a responsibility to engage with groups in the wider community. Youth at school - like those attending the Forum - are a key part of the next generation who will need to grapple with major global issues, including the survival and health of the world’s mothers and babies.”

Around 300 pupils aged 16 and 17, from schools across Scotland are attending the Forum which is taking place in Edinburgh. Torry and Kincorth Academies are among those participating from the Aberdeen area.

The University of Aberdeen has a long history of contributions through research and teaching to preventing deaths in mothers and babies across the world. Since 2002, this work has been spearheaded by Immpact.

Professor Wendy Graham is available for interviews. To arrange, contact Jennifer Phillips on 01224 273174