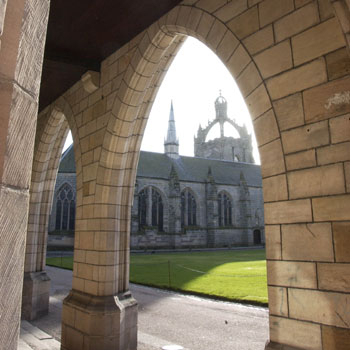 The University of Aberdeen has today (Friday August 26) announced its tuition fees for students domiciled in England, Wales and Northern Ireland.

The need to change the fee level paid by students from the rest of the UK (RUK) to study in Scotland has been prompted by changes to university funding brought forward by the UK Government. English universities are set to charge annual tuition fees of up to £9,000 a year from 2012/13.

Failure to raise the fee-level for students from the rest of the UK coming to Scotland (which is currently £1,820) could have resulted in increased pressure on places at Scottish universities from applicants from areas of the UK which do charge higher fees.

Following a meeting today of the University’s Court, the University of Aberdeen can now outline the fees that students from the RUK will pay from 2012, subject to the Scottish Government passing the necessary legislation to permit the charging of fees to RUK students.

“The University has attracted increased numbers of RUK students in recent years keen to reap the benefits of a highly regarded four-year Scottish degree, which we have further enhanced by being the first university in the UK to revolutionise our curriculum to make our graduates even more employable.

“Decisions on RUK fees represent a very difficult choice both for governments and for universities however maintaining a fee at the current level for students from the rest of the UK is no longer an option.

“Given that we are one of the world’s top 150 universities and our graduates enjoy some of the best starting salaries in the UK, Aberdeen must remain an academic destination of choice, without disadvantaging those who wish to enjoy the benefits of a four-year Scottish degree.

“As a result the University of Aberdeen has decided that RUK students will pay no more than £27,000 for a four-year degree programme but that the rate per year is set at £9,000.

“In order to offer flexibility of choice to students, those who wish to take advantage of the breadth of study offered by a four-year degree will only pay for three years of study at a rate of £9,000, meaning that total fees for four-year degree at Aberdeen will be equivalent to those for a three-year degree in other parts of the UK.

“We will also continue to offer advanced entry options to RUK students who meet the entry requirements so that degrees can be completed in three years at a cost in-line with Universities south of the border with the same standing as Aberdeen.

“We are very proud of the student experience offered at the University of Aberdeen. We are one of the world’s leading universities and have pioneered the way in the UK with ambitious curriculum reform – which will deliver better rounded, intellectually flexible and more employable graduates. Our curriculum is now a model now being adopted by other UK and international universities.

“The University has made unprecedented investment in our infrastructure by creating an Olympic standard sports village, a world-class library, the largest wireless campus in Europe, and a state-of-the-art medical teaching facility on Europe’s largest health campus.

“It is important that able students from every part of the UK, including Scotland, can study at Scotland’s great universities, whatever their background and we will continue to offer an extensive range of bursaries and scholarships for all students.

“We believe that today’s decision will enable the University of Aberdeen to continue to deliver first rate education and internationally recognised research and to further develop its ability to attract world-class scholars.”

·         The University of Aberdeen’s final decision on fees for RUK students will be subject to the Scottish Government passing the necessary legislative order to permit the charging of fees to rest of UK students.