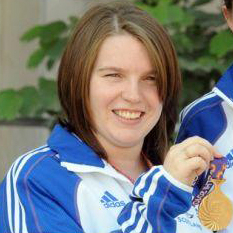 The prestigious World University Games are the student equivalent of the Olympics and will take place on August 12-23.

Kay, who studies Music at the University, won a gold medal at the Commonwealth Games in the women’s 50m rifle prone pairs and Oliver, a property student, set a new Scottish record with 599 shots out of 600 at the championships in Dundee this year.

Oliver has been shooting since he was 12 when he started in school and was placed in the top 20 in the Individual men’s event at the World Shooting Championships in Munich in 2010.

He hopes to make at least make it to the final as he feels he has been shooting well this season.

He said “I am really looking forward to the games as I have never been a part of a multi-sport event before, only single shooting championships.

“When I’m not shooting I hope to catch some of the football and tennis.”

Kay comes from a long line of shooters who inspired her to take up her gun and to practice hard over the years.

Kay has taken a backseat from shooting over the last year so she is really looking forward to getting back in the game.

She said “After winning gold I wanted to take some time to concentrate on my studies so I feel really honoured to have been selected for the team.

“I’m looking forward to taking the time to explore some of China and to watch other athletes.”

Donald Pirie, the Grampian Institute of Sport’s Strength and Conditioning Coach said, “It is a fantastic achievement for Kay Copland and Oliver Barron to be selected for the GB Universities team to compete this year at the World University Games in China.

“As current and former recipients of University of Aberdeen Alumni Future Fund Sports Bursaries they are already great ambassadors for the University, and will be a credit to us in Shenzhen.

“Both are already very successful shooters, not least Kay’s Gold medal winning performance at the Commonwealth Games last year, and further success at the World Student games is a real possibility. We wish them well”.