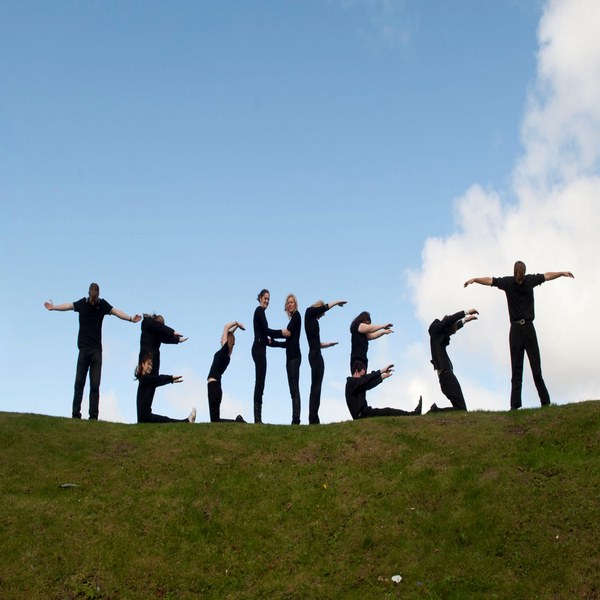 The University of Aberdeen will be helping to inspire the next generation of young minds this September.

Researchers from across the colleges will contribute to TechFest in September, officially launched at Duthie park yesterday (August 9)

With more events, workshops and shows than ever, Aberdeen’s annual festival of Science, Technology, Engineering and Mathematics (STEM), is set to attract over 25,000 visitors between September 9 and 27.

Booking opens this week for the new public programme, which has something for everyone - from loud and lively shows aimed at children to thought-provoking events for adults, featuring everything from zombie science, to forensics, wildlife crime, quantum physics and hip-hop.

Supported by joint principal funders Shell and BP, the festival is now in its 18th year.

One of its aims is to engage young people in the four main subjects of Science, Technology, Engineering and Mathematics and encourage themto go on to follow a career which utilises these skills by demonstrating that they are dynamic and fun and highly relevant in shaping how we live today.

New venues this year include Transition Extreme and the Robert Gordon University Forensics Dept, which will host an event looking at the latest technologies being used in crime scene investigations.

International explorer and TV documentary maker, Paul Rose, will open this year’s festival at the Beach Ballroom on Friday, September 9, with a fascinating presentation detailing his own experiences and through his passion for exploration and conservation he will explain his hopes for the future of our planet

Paul’s colourful life has seen him exploring much of the world’s wild spaces, diving the seven seas, spend ten years as base commander in the Antarctic and make several TV series including BBC’s Ocean and the recent Britain’s Secret Seas.

The University of Aberdeen’s Professor Bhattacharya’s event, which launches the start of the Cafe Controversial series, will promote discussion among the public over the right of parents to choose the sex of their baby. Dr Martin Solan will show what we stand to lose if, as some suggest, we are heading for the extinction of the species on a mass scale. Professor Claire Wallace will unlock the key to happiness and Professor Keith Dobney will look at the ways archaeologists are using ancient DNA to uncover secrets of the past.

Other key highlights include the return of the ever popular Dr Bunhead to deliver a pyrotechnic extravaganza; Zombie Science, where zombiologist Dr Austin delves into the science behind the undead; and the fun filled Activity Weekend at the Beach Leisure Centre, Beach Ballroom and Satrosphere.

Other high profile presenters include Richard Noble, who will return to update the audience on the challenges and successes of the Bloodhound Project, and world-renowned explorer, environmentalist, educator and film maker Jean-Michel Cousteau will give a fascinating insight into his life.

The Discovery Series offer a wide range of interesting and fascinating presentations for adults, while the Science in the City tours will give visitors a behind the scenes experience at venues such as Cineworld and the RGU Forensics Department.

“We have introduced a huge variety of new events and venues this year and we are hoping to increase on our numbers from last year, engaging even more youngsters and adults than ever before.

“The public programme offers something for all different age groups and audiences, from the fun and light-hearted to thought-provoking presentations.

“We are particularly thrilled to have secured such high profile speakers as Paul Rose, Richard Noble and Jean-Michel Cousteau, all of whose work are world renowned and we see them as a real coup for TechFest.”

She added: “We are indebted to the assistance we receive from all our sponsors and supporters, in particular our joint principal funders Shell and BP, whose ongoing backing helps us to continue to educate, entertain and inspire.”

Steve Harris, External Affairs Manager Shell Upstream Europe said: “By helping TechFest in September 2011 generate enthusiasm for the world of Science, Technology, Engineering and Maths subjects, we hope to provide an enjoyable experience for the public and an inspiration to the engineers, scientists, technologists and mathematicians of the future who are essential for the continued development of the oil and gas industry”.

Lynne Staples-Scott, BP’s Social Responsibility Manager, said: "TechFest In September is an excellent example of how the public, private and voluntary sector can work together to inspire the next generation of scientists who will be so vital for our future success.

“I am sure this year’s festival will be as successful as ever and look forward to enjoying some of the workshops and presentations on offer over the next few weeks.“