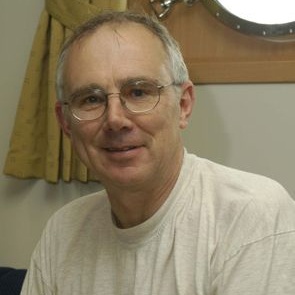 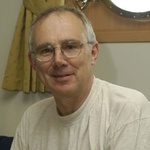 A University of Aberdeen scientist who has been involved in a series of marine and fisheries discoveries has been recognised for his groundbreaking research over the last four decades.

Professor Monty Priede, Director of the University’s Oceanlab, has been presented with the Beverton Medal by the Fisheries Society of the British Isles.

The accolade is given annually to a scientist who has contributed significantly to fisheries biology. The society describes Professor Priede as “world-leading” and “highly gifted and innovative” whose research has always been “cutting edge”.

The Oceanlab Director has been involved in a number of marine ‘firsts’ including:

The son of Latvian refugees, Professor Priede grew up by the sea in Southampton. Suffering from a common condition may also have helped fuel his enthusiasm for the marine environment.

“As a teenager I enjoyed sailing and going out on boats. I  suffered from hay fever and getting away from land and out on the water in the summer made me feel much better,” he said.

“I still find setting out on a voyage, not knowing what we might discover, immensely exciting.

However before satellite phones and internet on board ship this could mean being out of personal contact in mid-ocean for up to six weeks every summer.  I very much appreciate the sacrifices my daughters and family made supporting my lust for adventure.”

Professor Priede, who joined the University of Aberdeen in 1975, is delighted to receive the Beverton Medal which is named after the late outstanding fish biologist Professor Ray Beverton.

Professor Priede said: “It’s a great honour to be recognised in this way by the Fisheries Society of the British Isles which is an organisation I first joined as a student and have remained with throughout my career.”