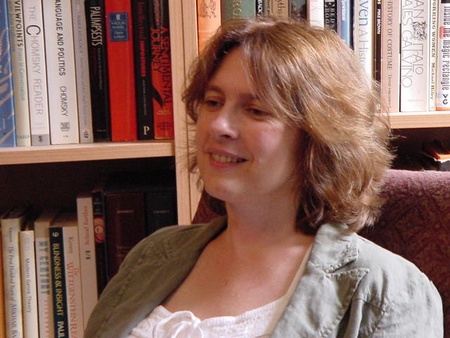 An Aberdeen author has been awarded a £10,000 bursary from Creative Scotland based on the strength of her collection of short stories.

Helen Lynch, who teaches Literature and Creative Writing at the University of Aberdeen, has been awarded a Writer’s Bursary to allow her to progress with her new stories.

Helen won the Bluechrome Short Story Prize in 2008, which resulted in the publication of her first collection of stories, The Elephant and the Polish Question, a collection of short stories set during the collapse of communism in Eastern Europe.

Her work has also recently appeared in a number of prestigious periodicals and anthologies, including Gutter, Causeway, Even More Tonto Short Stories and The Year of Open Doors.

The Bursary is awarded to published writers, based in Scotland, to financially assist them with their next book or play.

She was awarded the maximum grant available based on the strength of her portfolio of work in progress.

Helen, who is also a whistle tutor with the Scottish Culture and Traditions Association and performs with the ceilidh band Danse McCabre, said: “I am thrilled to have received such a generous bursary.

“It will buy me time to concentrate on writing for the next few months and to complete my second collection of short stories”.

Helen has featured regularly at the University of Aberdeen’s Word festival and in November teamed up with two of the institution’s other award-winning authors, Professor Alan Spence and Dr Wayne Price, for an event to mark the UK’s first National Short Story week.

Professor Spence, the University’s Professor in Creative Writing and Artistic Director of Word, said: “This award is a thoroughly deserved recognition of the quality of Helen’s work, and her second collection of stories promises to be something really special.”