Impact revealed of having child with clubfoot
27 May 2011 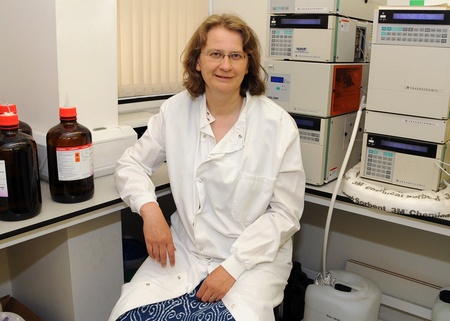 Shock, anger, self-blame, guilt and depression are among emotions felt by some families when diagnosis is first made of the condition which results in one or both feet being turned down and pointing inwards.

Around one or two babies in 1,000 are born in the UK with the condition - also known as congenital talipes equinovarus -thought to be caused by genetic and environmental factors.

Parents learning of their child’s condition via the 20-week pregnancy scan can also feel relief at the birth that their baby has this developmental disorder - which is more common in boys - and not a more serious problem.

The physical and emotional toll on parents who shoulder most of the burden of the treatment of clubfoot, plus the worries they have for their child’s future, are also revealed in the study which is one of the first accounts of parenting a child in the UK with the condition.

The researchers say that healthcare workers should pay more attention to the emotional impact on parents of children with clubfoot.

Dr Zosia Miedzybrodzka, Reader in Medical Genetics at the University of Aberdeen and Director of Genetics at NHS Grampian, supervised the study together with NHS Grampian Consultant Orthopaedic Surgeon Mr Simon Barker, and the work was conducted by MSc student Marta Pietrucin-Materek.

Dr Miedzybrodzka said: “In the 15 years I have worked with families of children with clubfoot I have become aware that the condition is more of an issue for families than healthcare professionals believe it to be. The generally held view is that because the condition is treatable it does not affect families too much.

“However our study shows that this is not the case. The treatment for clubfoot puts a huge burden on families who have to deal with months and years of treatment with plaster casts and then boots with bars on their child’s legs, as well as frequent visits to the hospital.”

Ms Pietrucin-Materek added: “Families also have to cope with their child’s pain as well as their restriction in movement and on being able to take part in activities. There are also practical problems to contend with, such as dressing the child during treatment, and then, after treatment, getting shoes to fit, because even though it is fully corrected, clubfoot can cause the foot to be smaller. Muscle wasting can also occur in the affected leg which can be slightly shorter.”

The University of Bournemouth and the Royal Children’s Hospital in Aberdeen also collaborated on the study which involved 15 families in the north east of Scotland with children aged between five months and 14 years who have been treated for clubfoot.

The research showed that having a child with clubfoot also impacted on parents’ use of childcare provision with some parents uncomfortable about using such services especially if they felt their child looked different from other children.

Professor Edwin van Teijlingen, Professor of Reproductive Health Medicine at the University of Bournemouth, said: “Some parents were worried about their child’s developing body image, about them having to deal with looking and feeling different, and whether they might be bullied at school.

“However some parents did not see much impact on their child’s general development. The child had accepted it and, usually, before the age of four, did not see themselves as being different.

“While the majority of parents did have concerns over their child’s future, most felt that their child would adapt and be able to cope in the long term.”

Sue Banton, STEPS’ Founder and Director, said: “This is an important study which documents the significance of meeting the emotional needs of parents and children which can often be overlooked in a clinical setting and raises the awareness of the impact that a diagnosis of clubfoot has on families.  We hope that it will inform both antenatal and postnatal care pathways.”

·         The research appears in the International Journal of Orthopaedic and Trauma Nursing. Parenting a child with clubfoot: A qualitative study

Heidi and Gary Pezzotta, who live in Montrose, had wondered whether their first born child might have clubfoot (talipes) as Gary was born with it. But son Scott, now 10, did not have the condition.

So when Heidi was expecting again she didn’t give the condition much thought until she went for her 20-week scan.

“I asked them to check my baby’s feet and that is when I found out that my baby had severe talipes in both legs,” said Heidi.

“But Gary was devastated as he knew the realities of the treatment, and as my pregnancy progressed I grew more concerned. On the way home from one hospital appointment I remember feeling frightened and overwhelmed by the thought of months or years of treatment.

“I just wanted Charlotte to be here so we could get on with the process of fixing her feet.”

Charlotte’s treatment began when she was just five days old when her legs were placed in plaster casts from her toes to her groin.

Heidi (35), an administator, said: “I found this quite distressing. Charlotte screamed the whole time when the cast was applied and although I understood how desperately she needed the treatment I felt guilty for putting her through it.

“Every week Charlotte would get new casts applied and she would scream the whole time and fall asleep immediately after.

“When Charlotte was four months old she had her first operation to length her Achilles tendons and again this was followed by the weekly fitting of plaster casts. She had a second operation at nine months and again more weekly casts.

“When she was 11 months old the casts finally came off and Charlotte had to wear special boots with a bar for 23 hours a day for four months. We were able to reduce the wearing time of the boots to night and nap time when she was 15 months when she started walking.”

Now six-years-old, Charlotte has never let the condition hold her back.

“Charlotte is absolutely amazing. She has been such a brave girl and has never let her condition prevent her from crawling and walking at the usual stages. She has just got on with her life,” said Heidi.

“Now you’d never know that she had it in one foot although she may need more surgery in the other foot later on depending on her development.”

The mum-of-two welcomes the University of Aberdeen study.

“As a parent of a child born with severe bilateral talipes, I have experienced a mixture of emotions throughout Charlotte’s treatment.  It was especially difficult in the early days when she was in casts but also knowing treatment will be required for years to come.

“It was a very overwhelming feeling with many questions that I needed answering as all I wanted was the best treatment and outcome for my daughter.

“The findings of this study represent my feelings that it is essential for parents to feel supported and well informed throughout their child's treatment by the people treating them."