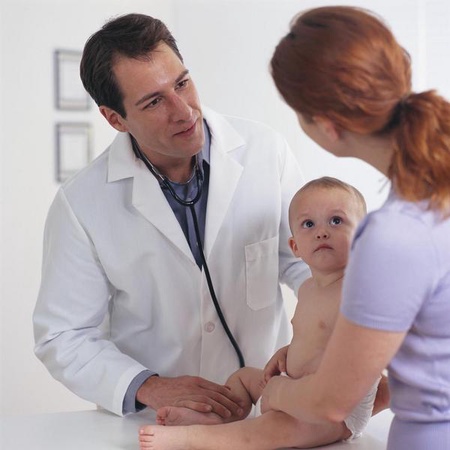 Under-dosing may result in insufficient pain relief and over-dosing can damage a person’s liver. “Getting the dose right can become even more complicated when parents also give their children additional paracetamol that they have bought over the counter,” says James McLay, a senior member of the research team who studied this issue. The findings are published in the British Journal of Clinical Pharmacology.

Paracetamol is the single most frequently used medicine that people take for managing fever and pain, with over four-fifths of infants in the UK having at least one dose of it before they are six months old. Judging how much paracetamol to give an infant is not straight forward, because you need to take into account both the baby’s age and weight.

One consequence is that doctors ought to check the right dose to use on each occasion by checking with the multiple dosage recommendations in formularies such as the British National Formulary for Children (BNFc). A team of researchers in Scotland set out to see how well General Practice doctors followed guidelines when writing out prescriptions. Team members were based in the division of health sciences at the University of Aberdeen and the Division of Applied Health Sciences Centre for Population Health Science at the University of Edinburgh, Edinburgh.

Their source of data was the 35,839 children aged 0 to 12 years old who were listed in Scottish Practice Team Information database in 2006. Of these, 2,761 had been issued with 4,423 prescriptions for paracetamol. Almost one in 20 children had been given an excessive dose during that year. When they just looked at infants in the 0-3 age range, the incidence rose to one in four. At the same time, about a quarter of children aged 6-12 were under dosed. One in eight prescriptions failed to include any dosage instructions at all.

“This is the first study to describe the patterns of paracetamol prescribing by primary care physicians in the community, and it is worrying to discover that just over half of the prescriptions failed to comply with current BNFc recommendations,” says McLay, who believes that although the data was collected in Scotland, there is a high chance that prescribing practice is similar wherever doctors write prescriptions for paracetamol.

Dr McLay and his team believe that health care workers have an important role in helping people use paracetamol safely. Part of this can be shown if they deliberately take care when calculating the correct dose. “We know from other studies that around half of parents do not understand official dosage recommendations for medicines such as paracetamol, and not taking care over dosing instructions can leave parents in a state of confusion, or strengthen the public perception that paracetamol is harmless,” says McLay.

This study is published in the British Journal of Clinical Pharmacology. Media wishing to receive a PDF of this article may contact healthnews@wiley.com

Published by Wiley-Blackwell on behalf of the British Pharmacological Society, the British Journal of Clinical Pharmacology (BJCP) contains papers and reports on all aspects of drug action in man, including invited review articles, original papers, short communications, and correspondence. BJCP enjoys a wide readership, bridging the medical profession, clinical research, and the pharmaceutical industry.  The British Journal of Clinical Pharmacology can be accessed at www.bjcp-journal.com.

About the British Pharmacological Society:

The British Pharmacological Society (BPS) is the primary UK learned society concerned with research into drugs and the way they work. Our members work in academia, industry, and the health services, and many are medically qualified. The Society covers the whole spectrum of pharmacology, including laboratory, clinical, and toxicological aspects.

About Wiley-Blackwell:
Wiley-Blackwell is the international scientific, technical, medical, and scholarly publishing business of John Wiley & Sons, with strengths in every major academic and professional field and partnerships with many of the world’s leading societies. Wiley-Blackwell publishes nearly 1,500 peer-reviewed journals and 1,500+ new books annually in print and online, as well as databases, major reference works and laboratory protocols. For more information, please visit www.wileyblackwell.comor our new online platform, Wiley Online Library (wileyonlinelibrary.com), one of the world’s most extensive multidisciplinary collections of online resources, covering life, health, social and physical sciences, and humanities.