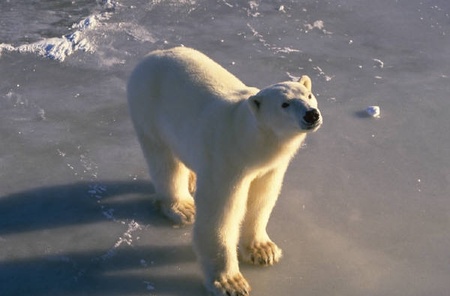 How might our climate and weather change as we go through the 21st century? And how confident can we be of our predictions?

Two leading authorities will offer their perspectives and views on predicting our future climate at an Energy Controversies event this evening at the University of Aberdeen.

The public event entitled  And now the weather forecast for 2100...  takes place on Wednesday 18 May at 6pm in the King’s College Conference Centre, University of Aberdeen.

Dr Euan Mearns of the University’s School of Geosciences, and co-organiser of the Energy Controversies series with Professor Ben Kneller, explained why this question is important in the context of planning our energy future, saying: “UK energy policy is dictated by the 2008 Climate Change Act that aims to reduce UK carbon dioxide emissions by 80% by 2050. Billions have been spent on climate research worldwide, and billions more are about to be spent building new low carbon energy infrastructure. This event is an opportunity to hear from, and question, two experts on their perspectives of forecasting future climate change.”

Professor Alastair Dawson, presently Senior Research Fellow in the School of Geosciences at the University of Aberdeen, will speak about past global climate change, and how it can help us understand present and future climate, with examples of key geological and historical archives of past climate that shed light on how we understand our present climate, including what we can learn from ice cores and coral reefs.

Dr Jason Lowe, Head of Climate Knowledge Integration at the Met Office Hadley Centre, will speak about climate models, how they are used, and their limitations. He will also explore what the future might be like if we do – and if we do not - significantly reduce man-made emissions of greenhouse gases.  This will include considering potential changes to large-scale components of the climate system including tropical forests, ocean circulation and the continental ice sheets.

Professor Alastair Dawson is a graduate of the University of Aberdeen, Louisiana State University (MSc) and the University of Edinburgh (PhD). He was appointed Professor of Quaternary Science in 1998 at Coventry University. Since 2005 he has been Assistant Director of the Aberdeen Institute for Coastal Science and Management (AICSM).  He is the author of numerous papers on climate change research, His first  book, ‘Ice Age Earth’ was highly acclaimed and, more  recently, his new book, ‘So Foul and Fair: a history of Scotland’s weather and climate’ has received international recognition.  In addition to his research interests in climate change, Alastair is currently involved in the ACRE (Atmospheric Circulation Reconstruction over the Earth) project where he is compiling for the first time  instrumental records of Scotland past weather for the period starting in AD 1770 and continuing through to the late 19th century.

Dr Jason Lowe holds a PhD in climate science from the University of Manchester.  His research interests cover many aspects of the climate system, with a recent focus on processes associated with potentially dangerous climate change.  His team has examined issues of whether changes in the Greenland ice sheet and the Amazon forest resulting from climate change will be reversible, and also how quickly cooling might naturally occur following a peak in global surface temperature.  Last year he contributed to international reports for both the EU and UNEP on the implications of the Copenhagen Accord.  A key aspects of Jason’s work on the AVOID programme is to bring together people from the climate science community with experts on climate impacts, climate economics and mitigation technology.  He has also worked extensively on the issue of sea-level rise, contributing to both working groups I and II of the last IPCC assessment and leading the provision of information to help UK policy makers decide how best to protect London from flooding during the 21st century.