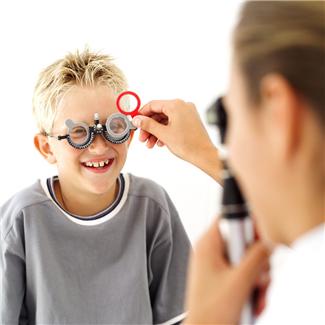 University of Aberdeen researchers are to examine the success of offering eye care services free in Scotland.

In March 2004, the Scottish government announced a review of eye care services in Scotland, which culminated in the introduction of free eye examinations from April 1 2006.

A team of economists from the University of Aberdeen, led by Dr Alexandros Zangelidis, will investigate the success of the policy, which aimed to encourage a wider use of optometry services and to ensure that the majority of the population benefitted from regular eye examinations.

It was also argued that there would be a reduction in waiting times and lists for patients who require referrals to hospital eye services due to more people being seen in the community, thereby reducing the risk of late diagnoses and ensuring quicker treatment.

Dr Zangelidis said: “In the past the optometrists were considerably underutilised. With the introduction of the Free Eye Care policy in Scotland this has changed. Since April 2006, the high street optometrists became the first contact point for eye patients. Now they do not simply provide a sight test, but a thorough eye examination that enables them to detect eye and other health related problems like glaucoma, macular degeneration, diabetes and other conditions.”

The year-long project, funded by the Chief Scientist Office, aims to establish the degree to which the stated objectives of the policy of the free eye care policy in Scotland have been met and to examine people’s response to the policy both as eye care patients and consumers in the optician market.

Specifically, the researchers will explore whether more people have their eyes examined after the introduction of the policy, whether individuals from certain socioeconomic groups responded more to the policy, and if patients’ spending on related eye care goods like spectacles changed.

For the purpose of their analysis, the researchers will use data from a large private ophthalmic optician company, operating primarily in the North East of Scotland, and data from the British Household Panel Survey..

The researchers have conducted an exploratory pilot study that has investigated the effect of the policy on summary measures of eye test activity.

Dr Zangelidis added: “These statistics point to some interesting changes in the demand for eye tests after the policy was introduced in Scotland.

“The analysis proposed in this research will help identify the early effects of the new policy, as well as other factors that may affect individual’s likelihood of having an eye test.

“In the face of the current fiscal tightening, it becomes even more important to ensure that resources are used more efficiently by targeting resources towards those who need it most or who are least likely to utilise services, thereby also reducing health inequalities.

“The results of this study are expected to help in prioritising government health expenditure in relation to free eye examinations in Scotland.”

The researchers are Dr Alexandros Zangelidis, Dr Heather Dickey from the Business School, and Dr Divine Ikenwilo and Dr Verity Watson from the Health Economics Research Unit at the University of Aberdeen.