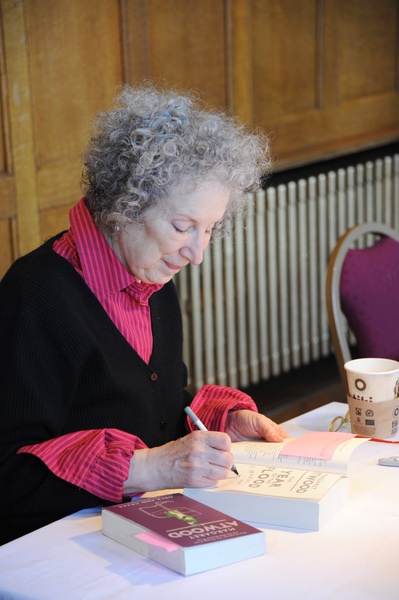 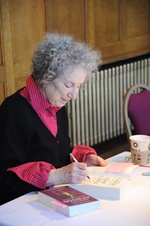 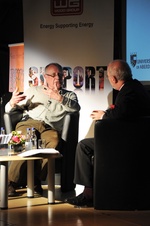 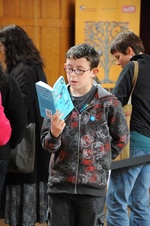 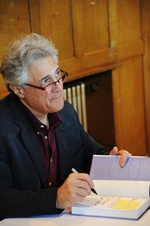 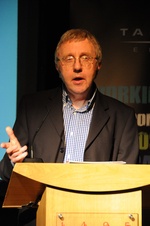 The 11th Word Festival will get underway at the University of Aberdeen today (Friday May 13) with the internationally acclaimed author Margaret Atwood first to take to the stage.

A sell-out audience will listen to the Canadian author, who has penned more than 30 books including, The Handmaid’s Tale, the Booker-winning The Blind Assassin, and The Year of the Flood, talk about her work.

Word – the University of Aberdeen Writers Festival – will run until Sunday May 15 and will welcome other top names for a lively mix of reading, debate, discussion and exhibitions.

Thousands are expected to flock to King’s College and other venues around Aberdeen city and shire which also play host to Word events.

Other big names to draw in the crowds include newscaster John Suchet, novelist Ian Banks, Neil Forsyth, best known for creating the character of Bob Servant in Delete This at Your Peril, Helen Warner, Head of Daytime TV for Channel 4 and author of RSVP, and Britain’s most famous skipper, and star of BBC TV series Trawlermen Jimmy Buchan.

Stephen Robertson - one third of the Doric comedy act Scotland The What? Will share the story of their extraordinary success, while Sir John Lister-Kaye, one of Britain’s best-known naturalists and environmentalists will talk about his work at the world-famous Aigas Field Centre in the Highlands, and Dennis Canavan will discuss his 33 year career at Westminster and Holyrood.

Since its inception, the festival has grown in scale and diversity and now incorporates a successful science strand which will see Dr Chris Smith, author of The Naked Scientist, lay bare the science behind some of the puzzles of everyday life, and recently published authors including Bruce Hood, Michael Brooks and David Shukman talk about their work.

For 2011, Word is branching out further with events to appeal to anyone with an interest in history and Tom Weber – the author behind Hitler’s First War, which seeks to ‘set the record straight’ on the Dictator’s First World War service record, will be on hand to discuss his research and Isobel Murray, will unveil her latest book Scottish Writers of the Second World War.

Word will also feature events in all of Scotland’s languages, with Gaelic and Doric prominent, and there will be special celebrations of the work of two of Scotland’s finest poets whose centenaries were marked recently, Sorley MacLean and Norman MacCaig.

Continued sponsorship by Talisman Energy (UK) Limited and Wood Group has enabled Word to keep ticket prices low and to reach out to new venues including Aberdeen’s Café Drummond, which will host a David Bowie Night with biographer Paul Trynka, and the Grassic Gibbon Centre in Arbuthnott, south of Stonehaven.

Professor Ian Diamond, Principal and Vice-Chancellor of the University of Aberdeen, said: “Word is now into its second decade and has long established itself as one of Scotland’s most exciting, dynamic and diverse literary gatherings.

“It offers a fantastic opportunity for the people of Aberdeen and beyond to engage with some of the leading lights of the literary world and we are expecting thousands of visitors to the campus.

“The Festival is an important part of the University’s commitment to the wider community and we’re very proud to be the only UK university that organises a literary festival on this scale.”

Alan Spence, Word creative director, added: “Word moves into its second decade with our biggest, broadest and best programme yet. It's hard to believe we can pack it all into three days.

“From international megastars to local heroes, from literature to music and visual art, from popular science to history and politics, film to theatre and opera, it’s all here in one festival. It promises to be an absolutely fantastic weekend.”