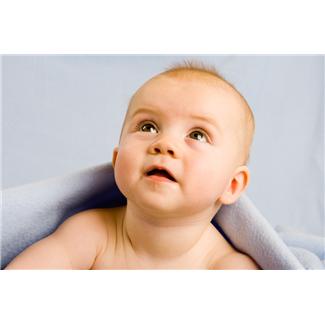 The findings of a study led by the University of Aberdeen could put IVF treatment ‘on a more equal footing’ with chronic diseases when it comes to making decisions about the cost effectiveness of treatment options.

The team, which included researchers from the University of Oxford, NHS Glasgow, Birmingham Women’s Fertility Centre, and Aberdeen Maternity Hospital, used data from 6135 women from three Scottish Centres to model the costs and consequences of single and double embryo transfer in women of different ages.

The team also conducted an analysis to assess how cost-effectiveness would change if women were to be allowed access to publicly funded treatment aged 40 years and above – the current cut off point for IVF treatment on the NHS.

The Human Embryology and Fertilisation Authority (HEFA) which regulates IVF in the UK advocates the use of single embryo transfer as a way of reducing twin births associated with IVF and recommends a national target of a twin birth rate below 10 per cent.

Twin pregnancies are associated with increased maternal and neonatal complications, as well as long-term child disability, and the additional care required increases costs to the health service.

However, women are often deterred from taking up single embryo transfer fearing it will reduce their chances of conceiving or result in the need for additional treatment cycles.

The authors of the study, published in the British Journal for Obstetrics and Gynaecology, hope their findings will be considered by policy makers when it comes to making decisions about IVF treatment options.

“No guidance exists on how much society should be willing to pay for a successful birth so we estimated the impact of the alternative numbers of embryos transferred on women’s quality of life using quality-adjusted life years (QALYs), an approach which is used to assess the value for money of interventions in other areas of health care.”

The researchers found that the additional cost per extra QALY for double versus single embryo transfer decreased with women’s age because of the lower probability of twin pregnancy and associated complications with double embryo transfer in older women.

Under NICE* guidelines in the UK, interventions that cost below £20,000 to £30,000 per additional QALY are often considered cost-effective.

Mr Scotland added: “Applying this threshold range, single embryo transfer would be more likely to be considered cost-effective for women under 37 years.

“For women aged 37–39 years, the decision over embryo transfer may best be considered on a case-by-case basis, though our model suggests that double embryo transfer will have a higher likelihood of being considered cost-effective for older women within in this age range.

“For women aged 40 and over double embryo transfer may offer the most efficient approach to IVF.”

* NICE is an independent organisation responsible for providing national guidance on promoting good health and preventing and treating ill health.