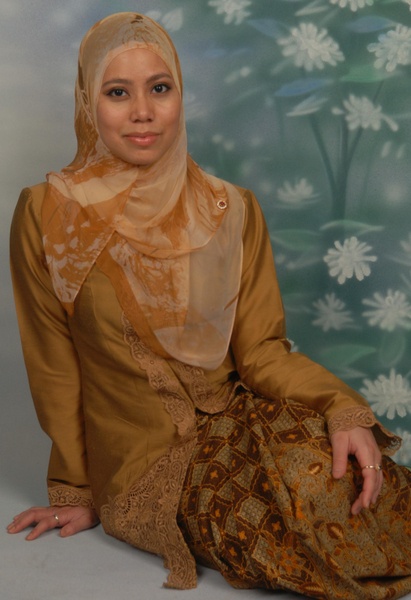 The sky is the limit for international students in Scotland, according to a University of Aberdeen undergraduate who has won a prestigious British Council award for her contribution to life on campus and in her local community.

Nur Aizaan Anwar (25) has been named Scottish International Student of the Year for the inspirational story of her achievements since arriving in the UK from her home in Malaysia.

Not only has the final year medical student given academic papers in the UK and Canada, she has also won a poetry award, played the fiddle with a band on tour to raise funds for a hospice, and learned to speak French and Spanish.

As one of 12 regional winners of the British Council’s prestigious Shine!,competition, she will now go on to compete for the overall title of UK International Student of the Year 2011 at the national judging and awards ceremony in London on April 13.

The unique awards focus on the contribution made by international students to campus life in the UK. Each student is asked to write a personal letter home about their experience and extra-curricular achievements to show how they are making the most of their time in the UK.

Aizaan’s letter to her mother was picked out of entries from 1,220 students of 118 different nationalities in the competition that focuses on the contribution made by international students to campus life in the UK.

Aizaan’s account of her five years in the UK described how she had been able to combine academic research alongside clinical medicine and embrace a wide range of cultural opportunities.

She had accessed bursaries from the Medical Women’s Federation and the Enid Linder Foundation to finance her medical research project that earned her two months at the Centre for Brain and Mind in Canada.

In her spare time she pursued her artistic talents. She wrote in her award winning letter: “Immersed in the legacy of Robert Burns, I have been dabbling in poetry and much to my surprise my poem won the prestigious Calder Prize in poetry.

“It is hard to be in Scotland and not be enchanted by its music. I was so drawn to Scottish music I joined a university fiddle ensemble. I joined my band for a tour in Northern Ireland to raise funds for the Northern Ireland hospice.

“I feel very happy to have developed so many skills and achieved numerous things within my time in the UK. I am thankful to be living in an environment where anything is possible and the sky is the limit.”

Commenting on Aizaan’s winning letter, a judging panel made up of representatives from the British Council, regional media partner TES Scotland, and a National Union of Students international student officer, said: “Aizaan’s enthusiasm for Scotland and its culture stood out in her impressive account of the way she has used her time in the UK to combine her love of clinical medicine and research with a range of artistic interests and achievements.”

The regional Shine! winners each receive a cheque for £1,000 and the national winner will be awarded a prize of £2,000.

Martin Davidson, Chief Executive of the British Council, said: “'The letters home written by the entrants were both poignant and inspiring: The students have immersed themselves in life in the UK and are making a huge contribution not just to their campuses but to the wider community. The British Council is delighted to recognise their considerable achievements.

“'The UK has a global reputation for the quality of its teaching and qualifications that are highly valued by students and employers across the world. A hallmark of UK education is its ability to encourage students to think independently and learn for themselves, both in the classroom and outside.

“The International Student Awards are designed to reflect this strength, celebrating not just the students’ academic achievements, but also the way in which they have embraced the wider opportunities of student life and broadened their horizons.”