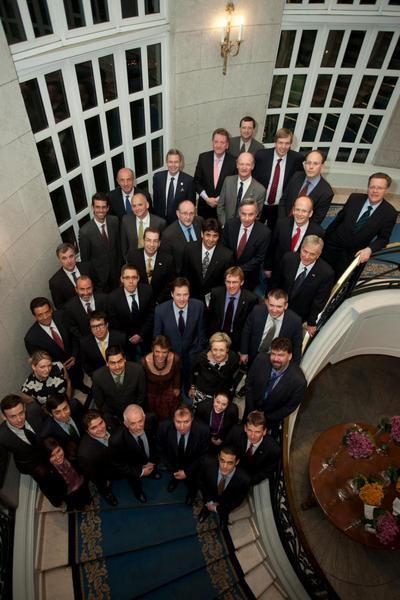 Representatives of the University of Aberdeen are in Mexico this week as part of an official UK political, business and academic delegation led by the Deputy Prime Minister Nick Clegg.

The visit marks formal Government recognition of Mexico as a serious international partner. The University of Aberdeen has already been playing a significant role in Mexico via the development of academic links through growing collaborations.

The Deputy Prime Minister is being accompanied by the Minister for Universities and Science David Willets and Foreign Office Minister Jeremy Browne, and both the UK Ambassador to Mexico and the Ambassador for Mexico in the UK.

A number of chief executives and directors of major corporate organisations and the Universities of Sheffield, Southampton, and Strathclyde are also among those involved.

“This is recognised by our existing partners, including the national state oil company Petroleos Mexicanos, known as PEMEX, the Mexican Petroleum Institute and the National Autonomous University of Mexico.

“We have also developed strong new links with both the British Council and the Mexican Council for Science & Technology (CONACyT) that will facilitate contractual arrangements between the University and all our Mexican partners in support of professional and technical developments in the deep waters of the Mexican sector, Gulf of Mexico.

“Working alongside the other universities also involved in the visit, each with distinct and highly complementary offerings to those of Aberdeen, also means a unique brand of partnership can be developed for UK universities to work together more effectively with the academic sector in Mexico, a strategy fully supported by the UK government and Ministers at the very highest level.”

Mexico has been a market the University of Aberdeen has been active in for a number of years, especially through links established in support of Aberdeen City Council. It is a market with significant potential.

The delegation expects to return to the UK with a robust strategy for developing and delivering key UK government objectives for Mexico, evidently destined to become a major UK trading partner over the next few years.

Meanwhile the University has reached new agreements with PEMEX and CONACyT that further enhances the reputation of the University as a serious partner for academic education and research.