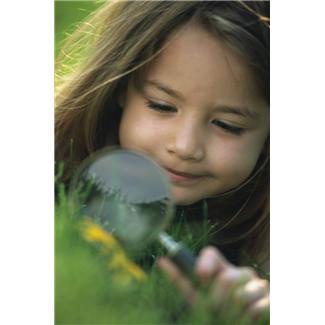 What do the University of Aberdeen, BP, the Gordon Highlanders, Mr Bug and the RSPB have in common? They’re among organisations laying on free fun for families at Discovery Day this Saturday (March 19) in Aberdeen.

The Maritime Museum and Satrosphere Science Centre are the venues for the Discovery Day events which are part of National Science and Engineering Week (NSEW) and run between 10am and 4pm.

Satrosphere is where you can make recycled greeting cards with Aberdeen Forward; hear from the RSPB about how birds and other animals communicate; learn more about energy with SCARF (Save Cash and Reduce Fuel); find out what goes into fizzy drinks and sweets with researchers from the University of Aberdeen Rowett Institute of Nutrition and Health and get an insight into landfill and recycling with Aberdeen City Council’s Waste Aware Team.

The scientists of tomorrow might also be inspired by interactive science shows and ‘car boot science’ which are also on offer at Satrosphere.

Over at the Maritime Museum, visitors can learn how animals communication without words from the Aberdeen City Council Ranger Service and Buchan Countryside Group; have fun making flags; enjoy some energy antics at a BP workshop; take part in some science challenges with the British Science Association Aberdeen Branch; find out about Gordon Highlanders’ battlefield communications; get up close and personal with creepy crawlies courtesy of Mr Bug and peruse an exhibition about the role and history of the lighthouse.

One of the Discovery Day organisers is Dr Ken Skeldon, Head of Public Engagement with Science at the University of Aberdeen.  He said: “We’ve lined up a packed programme of activities for Discovery Day which is taking place at the Maritime Museum and Satrosphere and admission to both venues is free.

“Discovery Day help brings to an end a week filled with National Science and Engineering Week events which we hope have helped inspire our next generation of scientists and engineers as well as providing a lot of entertainment and food for thought for our audiences.”

Local NSEW events are coordinated by the British Science Association Aberdeen Branch and supported by BP and a Scottish Government engagement grant awarded to the University of Aberdeen.