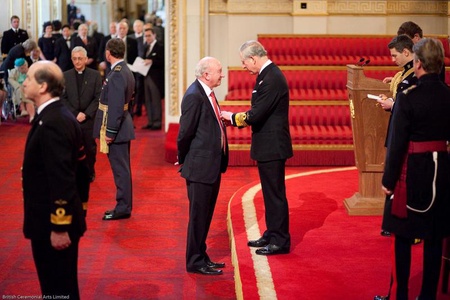 Professor Dominic Houlihan, Vice-Principal for Research and Commercialisation at the University of Aberdeen, received his OBE at last week's Royal Investiture at Buckingham Palace.

It was announced in the Queen's Birthday Honours last June that Professor Houlihan was to receive the award for services to public engagement.

He said at the time: "I am absolutely thrilled to receive this, as everyone can imagine. My whole professional life has been in universities and research institutes and it has been a privilege to teach undergraduates and do research with postgraduates and other colleagues.

“Starting as an undergraduate I have found that universities have given me a fantastic intellectual and social life that was beyond my dreams in my secondary school in the east end of London. In addition I am very happy to have had the opportunity to be involved in working with schools in public engagement of science projects and to lead Satrosphere to its current success."