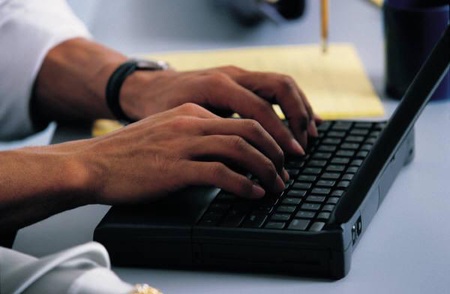 Researchers from the University of Aberdeen are inviting tweets on the use of peat in horticulture as part of the Department for Environment, Food and Environmental Affairs consultation on this hot topic.

The scientists are particularly interested to find out how effective Twitter can be in engaging the public in consultations of this kind.

All next week people can respond to consultation questions via @reluuplands, helped by bite-size background info and links to more information.

The University team - funded by the Rural Economy and Land Use Programme - have designed a novel approach which they hope will allow UK citizens to have the opportunity to engage in the democratic process in 140 characters or less.

Mark Reed, project leader and Acting Director of Aberdeen Centre for Environmental Sustainability, explains “Twitter, the increasingly popular micro-blogging site, has been used to help organise democratic protests in the Middle East and North Africa over recent weeks, and is now commonly used by politicians, campaign groups and citizens to raise awareness of a wide variety of causes.

“The use of such mechanisms for participating in formal consultations is less common, however, and critics of Twitter argue that its enforced brevity dumbs down political debate.

“Although Government consultations are now routinely put online, they still aren’t that accessible to ordinary people who have to wade through pages and pages of technical details.

“Our research shows how intact peat bogs provide society with a wide range of crucial services. Many businesses and organisations will be submitting their own responses to this consultation. We want to make sure ordinary people have a say in this important issue, and think Twitter may help make this easy for people.”

Lizzy Tait, from the dot.rural RCUK Digital Economy Research Hub at the University of Aberdeen, added:  "There has been a lot of speculation about the possible impact of web based technologies on democratic participation but there have not been many studies to analyse how social media platforms such as Twitter can be used to collate responses to government consultations. It will be interesting to find out whether or not this is an effective mechanism for engaging people."

A joint consultation response, collated from tweets, will be published for comment prior to submission for the consultation deadline on March 11.

For more information about the Sustainable Uplands project, see: www.see.leeds.ac.uk/sustainableuplands