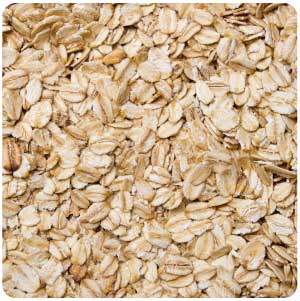 A study carried out by Aberdeen scientists involving more than 200 volunteers has revealed that eating three portions of whole-grain foods, such as wholemeal bread or porridge, every day can lower the risk of developing cardiovascular disease because blood pressure is significantly reduced.

The study has clear public health implications and suggests that this Christmas wholegrain wheat and oat-based recipes should be on everyone’s festive menu.

There is quite a lot of evidence from looking at the health and diets of different populations across the world that whole-grain foods might have significant health benefits. But this study is one of the first to test the theory in a well-designed clinical intervention trial.

The volunteers in the study received three servings every day of whole-grain foods, which were either wheat, or a mixture of both wheat and oats. The whole-grain diets were compared with one that contained the same amounts of refined cereals and white bread.

The study used products that are widely available in supermarkets to ensure that it was realistic and practical for the volunteers to be involved, without having to make any changes to their usual lifestyle.

Apart from the whole-grain and the equivalent refined cereal foods, the volunteers were encouraged to continue with their normal food choices.

“We observed a decrease in systolic blood pressure of 5-6 mm Hg in the volunteers who ate the whole-grain foods, and this effect is similar to that you might expect to get from using blood pressure-lowering drugs,” said Dr Frank Thies, Senior Lecturer at The Rowett Institute of Nutrition and Health University of Aberdeen, who led the study.

“This drop in systolic blood pressure could potentially decrease the incidence of heart attack and stroke disease by at least 15 and 25% respectively.

The study, which was published in the American Journal of Clinical Nutrition, was carried out by scientists working at the University of Aberdeen’s Medical School and Rowett Institute of Nutrition and Health. It was funded by the Food Standards Agency and by the Scottish Government.

The study was published in The American Journal of Clinical Nutrition 2010; 92:733-40 `Effect of increased consumption of whole-grain foods on blood pressure and other cardiovascular risk markers in healthy middle-aged persons: a randomized controlled trial.