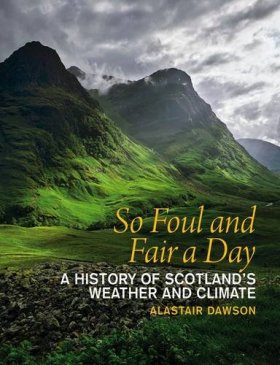 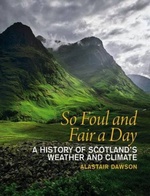 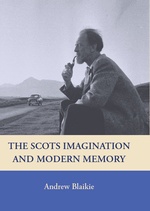 Two books by Aberdeen academics have been shortlisted in a prestigious book award which recognises Scottish tradition and culture.

At the Saltire Society Literary Awards 2010,The Scots Imagination and Modern Memory,by Professor Andrew Blaikie of the University’s School of Social Science, has been shortlisted for the National Library of Scotland Scottish Research Book of the Year.  In the same awards, So Foul and Fair a Day, by Professor Alastair Dawson from the University’s School of Geosciences, is in the running for Scottish History Book of the Year.

Andrew Blaikie is Professor of Historical Sociologyand the book explores how different ways of seeing infuse relationships between place and belonging.  Its argument is that all memories, whether fleeting glimpses or elaborated narratives, necessarily invoke imagined pasts.  Ranging across studies of Enlightenment thought, documentary film, fiction and photography, the analysis considers whether multiple recollections and representations share a common frame of reference, or what might be termed a Scottish social imaginary.  These ideas were discussed at the Edinburgh International Book Festival, where Professor Blaikie gave a talk as the Scottish Review of Books event earlier this year.

Professor Blaikie said: “I feel honoured to be considered for this prestigious award, particularly since it recognises the value of original research into themes of national interest and importance.”

Professor Dawson’s work traces the history of climate conditions from the middle of the last Ice Age and the arrival of Scotland's first settlers around 9,000 years ago and looks at the key lessons to be learned from the past.

Professor Dawson, who is Assistant Director of the University of Aberdeen Institute for Coastal Science and Management, said he was delighted to learn the book had been shortlisted in the history category of the Saltire awards.

Professor Dawson said: “Since it was published at the end of last year there has been great interest in the book and, for example, it was used extensively in the making of the recent BBC series Making Scotland’s Landscape.

“With issues of climate change and global warming on the global agenda it is interesting to look back at how changes in the weather and climate shaped Scotland’s history and the lessons we can learn for the future.

“It is a privilege to make the shortlist in the history category of the 2010 Saltire Society Literary Awards.”

Professor Dawson is the author of several other critically acclaimed publications on climate change, including Ice Age Earth.

So Foul and Fair a Dayis available from Birlinn Publishers, Edinburgh, and is available in most bookshops and The Scots Imagination and Modern Memory is published by Edinburgh University Press.

Professor Dawson and Professor Blaikie will attend an awards ceremony in the National Library of Scotlandon Monday November 29 where the winners will be announced.

The Saltire Society was founded in 1936 and seeks to preserve all that is best in Scottish tradition and to encourage new developments which can strengthen and enrich the country’s cultural life.

Full details of nominees for the 2010 Saltire Society Literary Awards can be found at www.saltiresociety.org.uk/4151