Harps of Gold – A celebration of Christmas music
24 November 2010 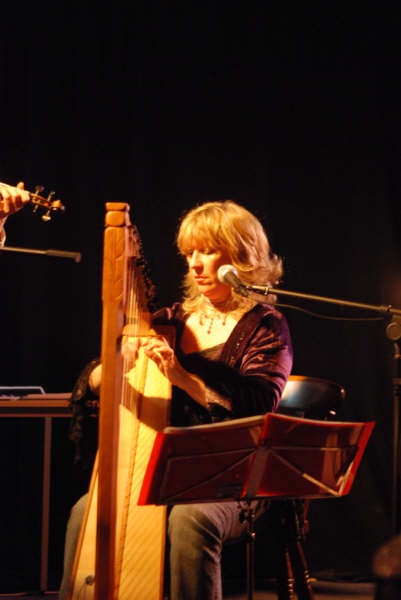 Harpists will come together in Aberdeen for a celebration of Christmas music at King’s College Chapel, University of Aberdeen.

The concert, on Thursday December 9, will feature the newly formed Harps of Gold Orchestra as well as solo performances and the audience will be encouraged to sing along to their favourite Christmas carols and songs.

Harps of Gold, under the musical direction of Irene Watt of the Elphinstone Institute at the University of Aberdeen, began as an idea to bring together harpists from in and around Aberdeen, with the aim being to collaborate and work towards a public performance

The newly created orchestra brings together harpists of all abilities to create a unique sound and is still on the lookout for new members.

Ms Watt said: “Harpists don’t often get the opportunity to play together and in this orchestra there is a role for everyone – from beginner to professional.

“This is a great confidence builder and being able to play a part gives a great sense of achievement.  For the beginner, being able to play a few notes of the scale high on the harp has the effect of tinkling Christmas bells so it really is very inclusive and we have discovered that they can contribute to the creation of a wonderful cacophony of sound.

“The first performance will be a fantastic start to the festive season and help create that special Christmas feeling.  King’s College Chapel has wonderful acoustics and will lend to the atmosphere of what promises to be a wonderful concert.”

The concert will begin at 7pm and admission is free, though charitable donations will be welcomed.