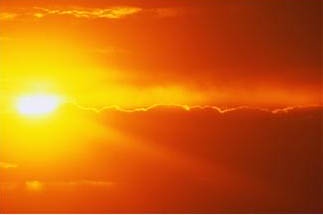 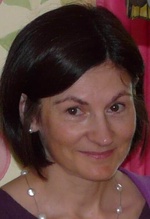 Women in the north of the UK are more deprived of vitamin D from sunlight than their southern counterparts.

In a study comparing Aberdeen and Surrey, scientists found those living north of the border were exposed to 50% less sunlight during the summer months to make the vitamin – which is essential to protect the body from bone diseases.

Experts from the Universities of Aberdeen and Surrey who led the research – published today (Monday November 22) in Osteoporosis International - say their findings highlight the need for better public  advice on ways to boost vitamin D levels in the winter months.

Dr Helen Macdonald, from the University of Aberdeen’s Institute of Medical Sciences who led the study said: ““Vitamin D is highly important in the prevention of bone diseases such as osteoporosis, helping our bodies absorb more calcium through our diet.

“Studies have also suggested those who are deficient of vitamin D – may be more at risk of diseases including heart disease, cancer and muscular sclerosis.

“Vitamin D is only found naturally in a small number of foods – namely egg yolks and oily fish. In the UK we obtain the majority of our vitamin D intake from the short wavelengths, called ultraviolet B (UVB) rays, found in sunlight.

“Our study assessed over 500 women between the ages of 55 and 70 in Aberdeen and Surrey who were asked to wear a badge with a film that detected the amount of UVB rays they were exposed to daily.

“Our results showed Caucasian women in the north of the country were significantly more deprived of UVB rays, than in the south.

“In Aberdeen between the months of November and April 40% of those involved in the study showed less than the threshold*of vitamin D required to protect the body from risk of bone diseases. This compared to 10% of women in Surrey.

“In the summer months these figures dropped but whereas all the Caucasian women in Surrey met the acceptable level, 9% of women in Aberdeen were still deficient.

“Both groups of women in Aberdeen and Surrey obtained similar amounts of vitamin D from their diet alone but this amount was not sufficient to make up for any deficit.

“Our study also showed that 65% of Asian women in Surrey were deficient of vitamin D in the winter months with this figure falling to 50% in summer.”

Dr Macdonald says the findings indicate the need for guidelines on how the vitamin D level ‘gap’ can be bridged during the winter months.

She said: “We cannot assume that winter requirements of vitamin D are met by the stores accumulated over summer if people do not get enough sunlight to make sufficient vitamin D.

“Dietary sources of vitamin D are important but the vitamin D status in the current diet of women in the UK is unlikely to be adequate.

“We need to look at appropriate guidelines regarding safe sunlight exposure, to strike the balance between ensuring adequate protection from the sun and obtaining vitamin D from UVB rays.

“We also need to consider the advice which should be given to the public on taking supplements or eating foods which are fortified with vitamin D – which currently include some breakfast cereals and margarine. We would not recommend increasing margarine intake as it conflicts with dietary advice to decrease our fat intakes.

“Further to this there is a significant need for more research into understanding the health repercussions of vitamin D deficiency.”

*In the UK the Department of Health has generally adopted a threshold level of 25 nanomoles per litre (nmol/L) of 25-hydroxyvitamin D for defining the lower limit of adequacy for vitamin D, as this level is sufficient to protect the body against bone disease“.