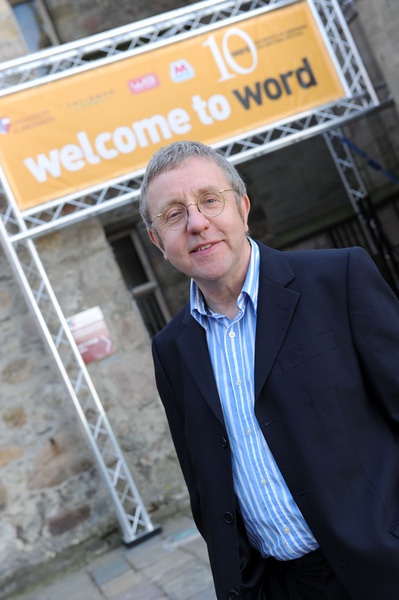 Three award-winning writers from the University of Aberdeen will combine to read their work in a special event to mark National Short Story Week.

Sponsored by the Word, the University’s popular festival of writing, the event will take place at Waterstone’s Bookshop in Union Bridge on Tuesday (November 23) and will feature Alan Spence, Helen Lynch and Wayne Price, who all teach in the University’s English Department.

The UK’s first National Short Story week will run from November 22 to 28 and aims to focus attention on the short story and short story writers, publishers and events.

Alan Spence is the University’s Professor in Creative Writing and Artistic Director of Word, which he founded in 1999. His many awards include the McVitie Prize for Scottish Writer of the Year and the Glenfiddich Spirit of Scotland Award. His novel The Pure Land - set in Aberdeen and Japan - is an international bestseller and has been translated into 19 languages. His short story collections, Its Colours They Are Fine and Stone Garden are regarded as Scottish classics.

Helen Lynch won the Bluechrome Short Story Prize, which resulted in the publication of her first collection of stories, The Elephant and the Polish Question. Her stories have recently appeared in a number of prestigious periodicals and anthologies, including Gutter, Causeway, Even More Tonto Short Stories and The Year of Open Doors.

Wayne Price has published poems and short stories in major journals and anthologies including Stand, Poetry Wales, New Writing Scotland and the Bonne Route and Book at Bedtime anthologies. He received prizes in the Edwin Morgan International Poetry Competition and Poetry on the Lake and was recently runner-up for the Bridport Short Story Prize, one of the most important awards of its kind in the UK. He has just received a Creative Scotland New Writers Award.

Professor Spence said the medium of the short story is often overlooked despite its popularity with readers.

He said: “The short story is going through something of a resurgence - in spite of what publishers keep telling us!  It's great to be celebrating National Short Story week with this one-off event, a prelude to next year's Word Festival in May, which will also feature a strong short story strand.”

The reading will take place at 7pm on Tuesday November 23. Admission is free but tickets should be collected in-store at Waterstone’s Union Bridge Branch ahead of the event.

For more information about the Word Festival, which will run from May13-15 2011, visit www.abdn.ac.uk/word