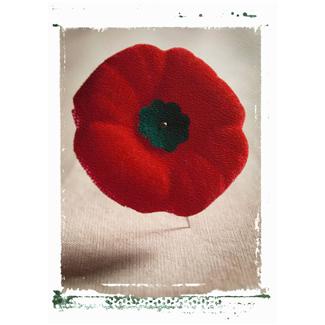 A University of Aberdeen graduate who has risen through the Army ranks to become the Commander of the Army in Scotland will return to the institution for Remembrance Sunday.

Brigadier George Lowder, Commander 51 (Scottish) Brigade, studied Scots Law at the University following his commission into the Royal Scots (The Royal Regiment) in 1981 and was a member of the Universities Officer Training Corps (UOTC).

He will inspect the troops as staff, students, local residents, Army, Navy and Air Force cadets, and members of the Aberdeen Royal Navy Unit, Officer Training Corps and University Air Squadron, come together to remember those who have given their lives in conflict.

Preaching the sermon will be the Reverend Angus MacLeod, a minister of the Church of Scotland who has been an Army chaplain since 1996.

Brigadier Lowder was born in Edinburgh in 1963 and was educated at George Heriot’s School.

His distinguished military career has taken him across the world and he has served in Northern Ireland, Bosnia, Iraq and Afghanistan.

Following the attacks on the Pentagon and New York he was posted to Washington as one, of two, Chief of The Defence Staff’s Operation VERITAS liaison officers, to The Chairman of The Joint Staffs, for all matters related to the global war on terrorism.

Reverend Dr Easter Smart, Chaplain to the University of Aberdeen, who will lead the service, said: “Remembrance is a time for staff and students of the University to join with the public and members of the armed forces to reflect on the sacrifices made by all those involved in conflict.

“Brigadier Lowder and Reverend MacLeod have first-hand experience of war and it is poignant that they are able to join with us in the Act of Remembrance here at the University of Aberdeen.

“Reverend MacLeod will share his reflections as we gather to remember those who have lost their lives in conflict.”