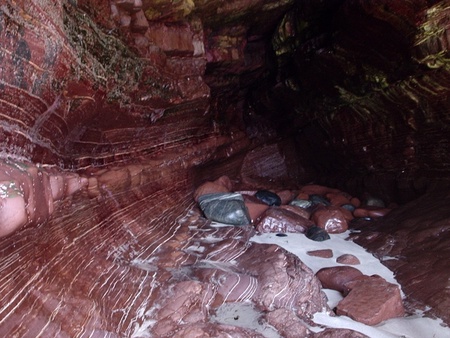 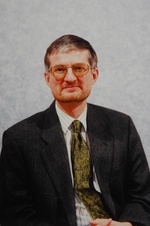 The findings – published (Thursday November 11) in Nature– could lead to new understandings of when complex life – from which humans eventually emerged - evolved on Earth.

Until now scientists had believed an important shift in the levels of oxygen in the Earth’s atmosphere took place 800 million years ago.

This increase in oxygen marked the beginning of a move from simple organisms - which had inhabited the planet until this time - to the development of complex multi-cellular organisms which eventually led to life on Earth as we know it.

Chemical signatures of bacteria found in ancient rocks near Lochinver in the north-west Highlands of Scotland, has provided evidence that this key event in evolution actually took place some 400 million years earlier.

Professor in Geology at the University of Aberdeen, John Parnell led the study in collaboration with colleagues from the Scottish Universities Environmental Research Centre in Glasgow.

He said: “Our findings, which shift this key point in the evolution of life on Earth to a much earlier date than previously proven, will give impetus to further investigations into the timescale of the development of complex life, which followed this event.

“Our analysis of the chemical composition of rocks near Lochinver showed evidence that an important group of bacteria had existed within these rocks some 1.2 billion years ago.

“At this point in time the rocks would have been located at the bottom of a lake bed.

“Investigations revealed that these bacteria – which, on a basic level, use sulphur to obtain energy – were also using oxygen in a much more complex and efficient chemical reaction in order to generate their energy and survive.

“Evidence of this chemical reaction tells us that the levels of oxygen in the atmosphere were at this key point for evolution, at this much earlier stage in Earth’s history.”

Dr Adrian Boyce who runs a UK national analytical facility at the Scottish Universities Environmental Research Centre said: “Our geochemical analyses have provided a clear signal that levels of oxygen in the atmosphere had increased to levels critical to the evolution of complex life - from which we ourselves emerge – much earlier than has been previously proven to date.

“This opens the door to a new understanding of the evolution of our planet’s atmosphere and the life it sustains.”

Professor Parnell added: “More in depth research would now need to be conducted in order to assess any potential knock- on effect our findings have for the timescale of the next stages of evolution, where life began to develop in more complex forms.”

The two year research project and facilities used within the study were funded by the National Environment Research Council (NERC).