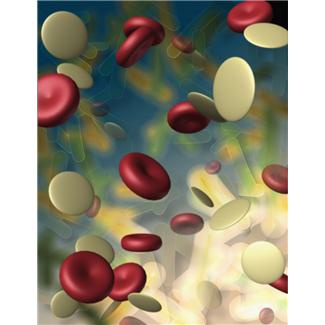 Scientists in Aberdeen are seeking volunteers for a study they hope could lead to the development of ‘functional foods’ to help cut the risk of cardiovascular diseases including heart attacks and strokes.

Researchers from the University of Aberdeen Rowett Institute of Nutrition and Health believe supplementing the diet with conjugated linoleic acids (CLA), found in dairy products like milk and yoghurt, could help to prevent blood clots and the blockage of blood vessels.

Cardiovascular disease, one of the main characteristics of which is impaired blood flow and the increased formation of blood clots, is a major cause of mortality worldwide resulting in one out of three global deaths.

The clots are formed when platelets, responsible for the prevention of bleeding, become over-active and stick together, promoting blood clots and blockage of blood vessels which can result in heart attacks and strokes.

Research has shown that diet can affect platelet function and laboratory tests have shown that CLA may prevent the platelets from becoming ‘sticky’.

If this can be proven through a real-life human trial then researchers believe it would open the door for products like milk and yoghurt to be supplemented with a higher concentration of CLA to increase their health benefits.

They are now seeking 50 healthy overweight volunteers from the Aberdeen area to take part in a trial.

“Conjugated linoleic acids are unique fatty acids found in dairy products from ruminant animals such as milk and cheese. However it seems that their effect is felt more keenly when taken in higher concentrations.”

Supplements containing CLA are already available in health shops but these usually contain various amounts of other types of fatty acid, which do not necessarily have health benefits.

Dr de Roos, a principal investigator at the Rowett Institute, added: “Everyone needs fatty acids to function and for energy but it is important we are eating the right kind of fatty acids in the right quantities as some are much better than others.

“For our study, volunteers will receive supplements which are a pure form of CLA or a placebo, which can be incorporated into their normal daily routine.

“If the trial is consistent with laboratory tests then we would expect to see platelets function better.”

Dr de Roos says this could then pave the way for the addition of CLA in higher concentrations to some of the products from which they are originally derived.

She added: “Manufacturers are very keen to produce ‘functional foods’ and we have seen how popular these are with the spreads and yoghurts which claim to have a beneficial effect on cholesterol levels.

“It is an easy way for people to incorporate a measure which could improve their health into day-to-day life.

“Cardiovascular disease results in one out of three global deaths so a dietary measure which could potentially reduce this by improving platelet function has great potential.”

The research team is looking to recruit 50 healthy overweight, with a BMI of at least 25 (kg/m2), male and female volunteers aged between 40 and 70 years of age for the trial.

Volunteers should live within easy travel distance of the Rowett Institute at Bucksburn and will take CLA and placebo supplements, in random order, for two periods each of a fortnight.

This study is part of an Industrial PhD studentship that is funded between Lipid Nutrition, the Netherlands and the University of Aberdeen.