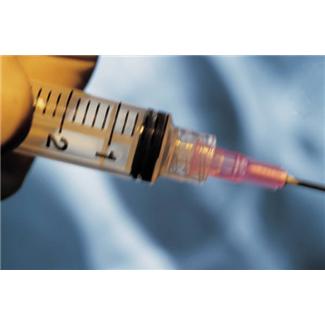 Drug users are more prone to common chronic respiratory diseases according to award winning research conducted by a University of Aberdeen medical student.

Frances Palmer followed up observations made by Dr John Haughney, a primary care respiratory specialist, and findings from another study conducted by the University’s drug misuse team, where researchers Dr Catriona Matheson and Dr Mariesha Jaffray noted many methadone patients have respiratory disease and/or prescriptions for respiratory medication.

“We compared the rates of respiratory disease and medication use in drug misusers compared with non-drug users,” said Frances, who is a 5th year medical student, but who carried out the research for a BSc medical science degree.

“The results revealed an increased prevalence of chronic respiratory disease in drug misusers compared with those who didn’t take drugs.”

·         2.4% of the drug misuser sample had a diagnosis of chronic obstructive pulmonary disease (COPD) compared to 0.8% of non drug users.

Frances (24), who is originally from Bristol, added: “Adjusting for smoking status still revealed that drug misusers have a significantly increased risk of having respiratory disease or being prescribed respiratory medication.

“This indicates there may be more complex factors involved relating to drug use which needs further exploration. We have set the scene for future work to begin to determine the potential reasons for this association.”

Dr Catriona Matheson, who heads the University’s drugs misuse team, added: “We are delighted that Frances has won this award. It reflects the high quality of the project as well as the clinical importance of the topic.’’

“Both drug misuse and respiratory disease are major issues in primary care as well as being implicated in accident and emergency admissions.

“The drug misuse research team are working with respiratory specialists to take this work forward and explore the nature of respiratory disease in this disadvantaged group.”

Frances added: “Much credit is also owed to the fellow study authors for all their help and support, PCCIU and everyone at the Centre of Academic Primary Care at the University of Aberdeen."

Frances will receive her prize at a British Thoracic Society reception taking place in December.