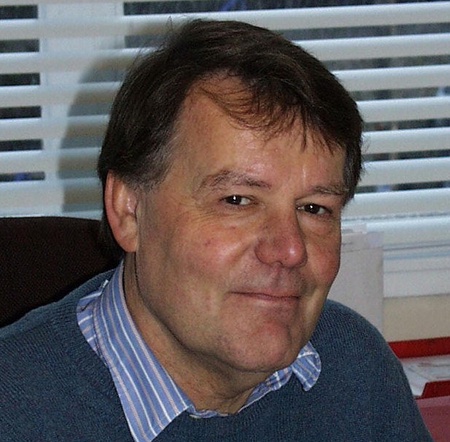 An Aberdeen academic has received a prestigious honour for his outstanding research contributions within a field of engineering.

Professor Ray Ogden, Sixth Century Chair in Solid Mechanics within the University of Aberdeen’s School of Engineering has been awarded the William Prager Medal by the Society of Engineering Science (SES), in recognition of his work in theoretical solid mechanics.

Professor Ogden received the award at the 47th Annual Meeting of the SES at Iowa State University last month, where he gave an invited plenary lecture.

A three-day symposium comprising 40 talks from experts in theoretical and applied solid mechanics from across the globe, also took place at the event in honour of Professor Ogden.

The William Prager Medal is one of five medals awarded annually by the SES to eminent scholars in the field of engineering.

He has published over 200 papers in international journals and a number of books including Non-linear Elastic Deformations.

Professor Ogden said: “I am particularly honoured to receive this medal since it is rarely awarded to someone from outside the USA, and I am especially pleased that it recognises my work in modelling the nonlinear properties of materials such as rubber and soft biological tissues.”

Professor Ogden received the William Prager Medal at the 47th Annual Meeting of the Society of Engineering Science at Iowa State University on October 5.

Background on the Society of Engineering Science: