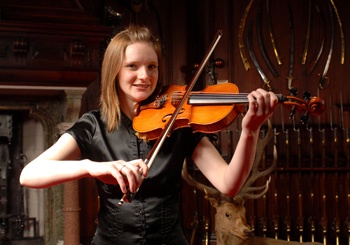 A University of Aberdeen music graduate has won one of Scotland's most prestigious music prizes.

Nicola Auchnie, who graduated in 2009 with a Bachelor of Music Education with Honours, won the Glenfiddich Fiddle Championship.

Nicola, 22, of Turriff, took the title after a performance at Blair Castle on Sunday.

The fiddle competition brought to a close a weekend of traditional music at Blair Castle.