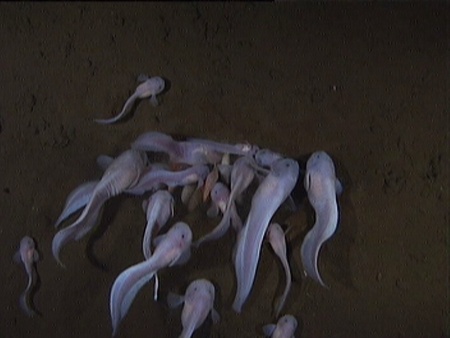 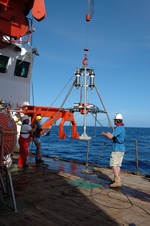 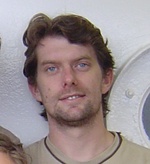 Deep sea discoveries which have revolutionised thinking about life in oceans across the globe will be shared with an Aberdeenshire audience at a free event on Monday (October 11).

Dr Alan Jamieson from the University of Aberdeen’s Oceanlab facility has spent the last decade exploring some of the deepest parts of our seas.

He will give an insight into his work at the Museum of Scottish Lighthouses in Fraserburgh.

The technological advances which are enabling scientists from the University to unveil new deep sea life discoveries will be discussed by Dr Jamieson in his talk which begins at 12.30pm.

This technology includes baited cameras which can provide images at depths of up to 10,000 metres, and allowed Dr Jamieson and a team of colleagues to capture, for the first time, fish in one of the world’s deepest ocean trenches beneath the surface of the Pacific Ocean.

Dr Jamieson said: “In the last three years my work has focused on exploring life in some the deepest parts of our oceans which, until recent years, had remained a mystery to scientists due to technological limitations.

“The deep sea equipment we now employ has opened up a whole new world of deep sea discovery.

“As part of a team of scientists working within the University’s Oceanlab, I have been involved in a number of expeditions which have taken me across the globe –from Japan to Peru – where we have uncovered a host of exciting new species and greatly enhanced our understanding of life in the very deepest parts of our oceans.

“In my talk I will share some of our latest findings and explain the technology which is making these revelations possible.”

Dr Jamieson’s talk – Lighting up the Deep - is the latest in the University of Aberdeen’s new Café Light series which will be hosted once a month until December at the Museum of Scottish Lighthouses, providing a relaxed forum for the discussion of science and technology.

The event is free to attend and advance booking is not required.

Visitors to the Café Light event will also receive discounted admission to the Museum of Scottish Lighthouses on the day.

Topics set to be covered in the Café Light programme in the coming months, include research which reveals why fishermen could have the healthiest bones and an insight into the physics at work behind Scotland’s coastline.

For the full programme of Café Light events visit http://www.cafescienceaberdeen.co.uk/

For more information on the Museum of Scottish Lighthouses visit http://www.lighthousemuseum.org.uk/

The University of Aberdeen's Oceanlab.is the sub-sea research facility of the University. Our engineers lead the world in creating systems capable of operating down to 11000 metres (36000 feet) enabling our scientists to investigate life throughout the world's oceans. We also offer testing and engineering services to industry through the Oceanlab Business Unit. More information can be found at: www.oceanlab.abdn.ac.uk/