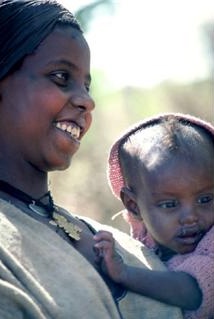 The University of Aberdeen is one of the signatories to a new global strategy - announced at a major UN Summit - to save the lives of more than 16 million women and children.

UN Secretary-General Ban Ki-moon and Heads of State and Government, along with the private sector, foundations, international organisations, civil society and research organizations, have kicked off a major concerted worldwide effort to accelerate progress on women's and children's health.

With pledges of more than $40 billion over the next five years, the Global Strategy for Women's and Children's Healthhas the potential of saving the lives of more than 16 million women and children, preventing 33 million unwanted pregnancies, protecting 120 million children from pneumonia and 88 million children from stunting, advancing the control of deadly diseases such as malaria and HIV/AIDS, and ensuring access for women and children to quality facilities and skilled health workers.

“We know what works to save women’s and children’s lives, and we know that women and children are critical to all of the Millennium Development Goals (MDGs),” Secretary-General Ban Ki-moon said. “Today we are witnessing the kind of leadership we have long needed.”

The University of Aberdeen is one of just 13 academic and research institutes across the world written to by the UN Secretary and asked to endorse the Global Strategy.

Professor Ian Diamond, Principal and Vice-Chancellor of the University of Aberdeen’s acceptance letter indicated that the commitment from the University will be made explicit in the institutions Strategic Plan for 2011-2015 and made accountable through a bi-annual brief to the UNSG Office.

The University has an outstanding history of contributions to improving the health and well-being of women and children through research and teaching, indeed dating back over 500 years and now extending to both developed and less developed countries.

Since the establishment of the Millennium Development Goals in 2000, the University has hosted the flagship research initiative - Immpact (the Initiative for Maternal Mortality Programme Assessment) - to strengthen the evidence base for achieving MDGs 4&5.

It was owing to the work of Immpact, that the University was invited to endorse the new Global Strategy.

Professor Wendy Graham, Principal Investigator of Immpact, said: “It is an enormous honour to receive this invitation from the UN Secretary General.

“The new strategy represents, at the highest level, recognition of the urgent need to intensify efforts to save the lives of women and children in the poorer parts of the world. We look forward to playing our part through the conduct of research and training in collaboration with our partners in developing countries.”