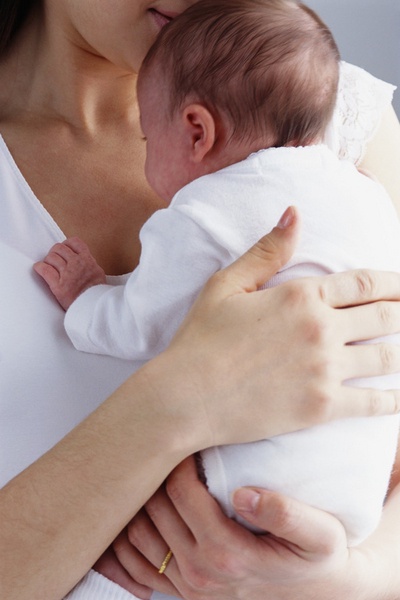 The heartbeats of a mother and foetus synchronise – new research has revealed.

The previously unknown connection – discovered by scientists at the University of Aberdeen and Witten/Herdenke University in Germany - has paved the way for a new technique to detect development problems during pregnancy.

The findings show that synchronisation between the heartbeats of a mother and foetus only occurs when the mother breathes rhythmically*.

If this synchronisation does not occur, it signals that something may be wrong with the development of the foetus.

This opens up the potential for early medical intervention to be taken whilst the child is still in the womb.

A machine called a Magnetocardiograph – which uses a strong magnetic field to record heartbeats – was used to gather data of the heartbeats of mother and foetus.

Although used widely in hospitals the machine is not utilised routinely as part of antenatal care, only when there may appear to be medical issues during pregnancy.

Cutting edge computing technology was then used to generate simulated heartbeats, which revealed the interaction.

Dr Marco Thiel – one of a team of physicists from the University of Aberdeen who worked on the study said: “Pregnant mothers often report an awareness of a bond with their child, but until now there has been no hard evidence to suggest this bond is reflected in the interaction of their heartbeats.

“Our findings reveal that synchronisation between the heartbeat of a mother and foetus does actually occur - but only when the mother is breathing in a rhythmical fashion.

“The foetus can sense the rhythmical shift in the mother’s heartbeat and adapts its own heartbeat accordingly.

“Importantly, the phenomenon does not occur when a mother is breathing normally.  Although our studies showed that synchronisation between the foetus and mother’s heartbeat might occur under normal conditions, this can be coincidental and not because of an actual physiological connection.”

Dr Mamen Romano another researcher from the University of Aberdeen involved in the project explains: “We used advanced computing techniques in our research - making minor alterations to the rhythm of a computer simulated heartbeat - to reveal the connection between rhythmical breathing and heartbeat synchronisation.”

The findings of the study are now being used in the treatment of pregnant women at the Grönemeyer Institute for Microtherapy, at Witten/Herdenke University.