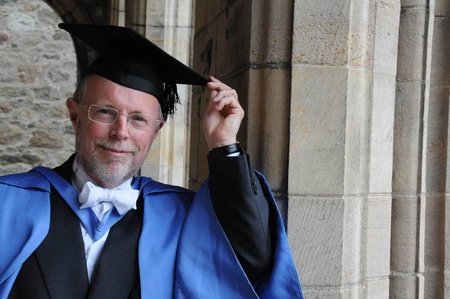 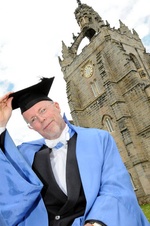 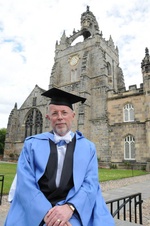 A leading expert on the European Union will retire from the University of Aberdeen and a career which has seen him meet some of the world’s most famous politicians tomorrow (Friday July 16).

Professor of International Relations and Politics, Trevor Salmon, will step down from the University, where he has also been Director of Learning and Teaching for the institution’s College of Arts and Social Sciences for the last seven years.

He took up his post at Aberdeen in 1996 and came to the University from St Andrews where he was responsible for the creation of the department of International Relations.

It was a return to the University where he had been an undergraduate, earning an MA in Political Studies in 1972 and an M.Litt in Strategic Studies in 1975.

Professor Salmon said: “I had the odd experience of lecturing where I had been lectured, invigilating exams where I had sat my own exams and meeting people who had taught me as academic colleagues.

“Since then I have taught more than 3,000 undergraduates, 300 postgraduates and supervised 15 PhD students.”

Professor Salmon’s career has also taken him across the globe and he has met some of the world’s most famous political figures including Mikhail Gorbachev, Ted Heath, Alex Salmond and Gordon Brown.

He has also written five books on the European Union, five others on International Relations and contributed to journals including Journal of Common Market Studies

Professor Salmon has featured prominently in the media throughout his career as an expert commentator on the European Union, European security and UK politics clocking up more than 500 radio and TV appearances and numerous local, national and international newspaper interviews.

He said he would miss teaching but was looking forward to spending more time with his family.

“I am one of the few people who can say I have enjoyed the vast majority of my job. I love teaching and it is wonderful to see students fulfil their potential, whatever that potential is.

“Aberdeen is a great city since it is both big and small – big enough to have the facilities expected of a city such as an airport and theatre but small enough that you bump into friends on Union Street.

“The University of Aberdeen, like the city, also has a wonderful sense of community and I have enjoyed being part of a community that cares.

“Teaching is in my family’s blood – my father taught as does my eldest brother, identical twin brother, and my sister in law.

“It has been a huge part of my life and I will miss the day to day contact with students but I am looking forward to a period with no obligations other than to my family.”

In addition to his University commitments, Professor Salmon was Joint Session Clerk of Queen’s Cross Church, Aberdeen, a post he held for seven and a half years before retiring two weeks ago and was convenor of a campaign which successfully blocked the opening of a supermarket on Anderson Drive.