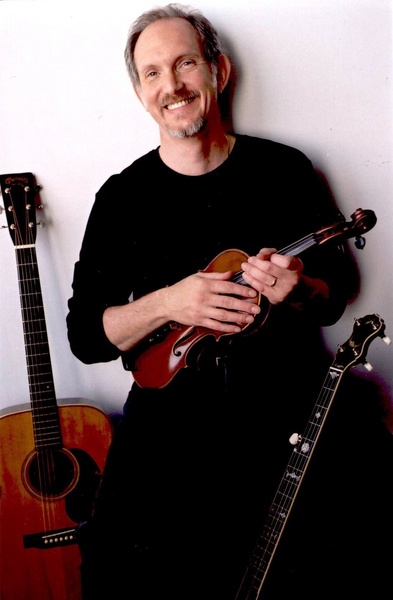 The UK’s largest festival of traditional fiddle music and dance gets underway in Aberdeen today (July 14) and will see more than 40 world-class performers from across the globe take to the stage.

The five-day North Atlantic Fiddle Festival (NAFCo), organised by the University of Aberdeen’s Elphinstone Institute in partnership with Scottish Culture and Traditions, will feature more than 150 events at venues across Aberdeen city and shire.

It will see fans of traditional music and dance flock to Aberdeen and the last time it was held in the city - in 2006 - attracted over 6,000 visits and provided a boost to the Aberdeen economy estimated at over £500,000. That figure is expected to be surpassed this year.

The headline acts, who will draw in the crowds, include award-winning duo Alasdair Fraser and Natalie Haas and American fiddler, banjo player, guitarist, and singer Bruce Molsky, who brings to life the sound of the Appalachian Mountains.

Festival-goers will also be treated to a performance by one of the world’s most distinctive fiddlers who has travelled to Aberdeen from the North West of Canada to perform. Lawrence ‘Teddy Boy’ Houle of the Ojibwe nation will join the Oméigwessi Ensemble, which brings together elders and younger musicians from Canada and America to perform a distinctive Canadian Aboriginal style of fiddling that reflects mixed Scottish, French and First Nations ancestry, called Métis.

In addition to concerts, NAFCo includes ceilidhs, solo recitals, workshops, demonstrations, free performances, ‘market-place’ events, and sessions in pubs and at the Festival and Family Club at the Lemon Tree.

For 2010, NAFCo will also feature its largest ever dance strand with styles from across the world. From Scottish and Irish dance to the influences of the Appalachian Mountains, Sweden and Canada’s Cape Breton, there will be something for everyone to join in.

Highlights include: Gaorsach Rapper and Step, an Aberdeen dance team who perform rapper sword dances; step and clog dancer, Nic Gareiss – an Appalachian flat foot and clogging expert who performs styles from around the world; and the Papa Stour Sword Dancers who will make a rare appearance outwith Shetland.

Festival Director Ian Russell said: “It will be a tremendous gathering, with people flocking from the Lowlands, Highlands and islands as well as from all over Europe, Canada and America to perform and join in this great celebration of traditional music and dance.

“Aberdeen is where it all started with the very first North Atlantic Fiddle Convention in 2001 and that is because we have such a wonderful fiddling tradition here in the North-East. The best way to celebrate our heritage is by bringing people in and putting the music of this region alongside the very best the world has to offer.”

A parallel academic conference will also be held at King’s College, University of Aberdeen, based on the theme ‘Local Roots, Global Routes’. The conference focuses on the way in which local traditions have impacted on the wider cultural scene.

Dr Russell added: “We have some wonderful performers who will be of considerable interest including a brilliant group of fiddlers from Donegal, which includes Liz Doherty, Martin McGinley and Fidil, a brilliant young trio comprising Ciaran O'Maonaigh, Aidan O'Donnell and Damien McGeehan.

“The Cape Breton fiddlers, Kimberley Fraser, Troy MacGillivray, and Melody Cameron will be another star attraction with their driving style and earthiness in their bowing, maintaining elements of Scottish fiddling that have been largely lost over here.

“Through our unique format of a festival alongside an academic conference, the Convention will highlight the way the fiddle, fiddle music, and associated dance styles transcend boundaries of all kinds – geographical, political, and cultural.”

Tickets for NAFCo events are available from Aberdeen Box Office, at the Lemon Tree or the Music Hall, or by visiting http://www.boxofficeaberdeen.com/, or by calling 01224 641122. For further information see www.abdn.ac.uk/nafco/ or email nafco@abdn.ac.uk  or telephone 01224 272996.