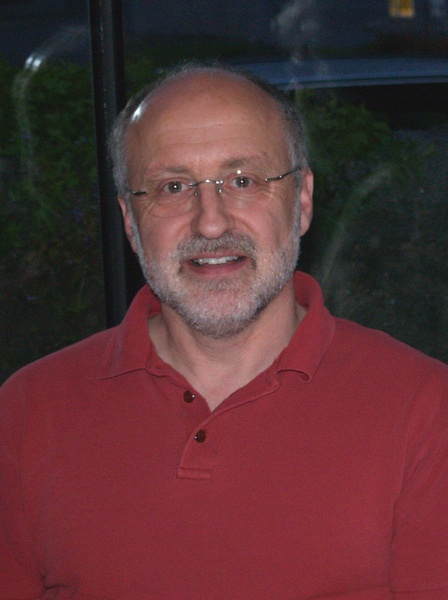 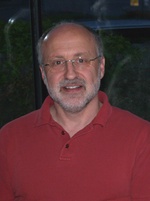 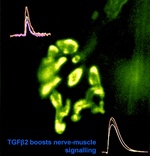 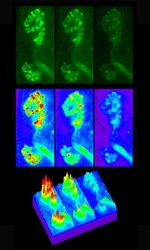 Scientists in Aberdeen have discovered a mechanism that muscles use to regulate the nerves which control them.

They believe their finding could yield new ideas for treating symptoms of motor neurone disease - a progressive and incurable neurodegenerative condition that leads to muscle weakness and wasting - and other neuromuscular conditions.

The University of Aberdeen researchers found that a protein produced by the muscle helps motor nerves – nerves that tell our muscle to work - produce a big enough stimulus to trigger muscle contraction.

Like a signal booster that improves tv pictures, the protein called TGFb2 amplifies the signal motor nerves use to activate muscle fibres.

This signalling process is crucial if our muscles are to respond properly - especially during prolonged activity. This includes doing even relatively simple things like standing for long periods.

Dr Guy Bewick, Senior Lecturer at the University’s Institute of Medical Sciences, said: “We knew this protein was in muscle cells near the motor nerve endings. It plays key roles elsewhere in the body, including the brain, controlling development or damage and infection responses, but we didn’t understand what it did in normal, adult, healthy muscles.

“We have discovered that the protein boosts electrical signalling in our muscles, making the nerve-muscle communication secure and big enough to allow our muscles to contract. It also makes signalling more efficient, so nerves can produce the big signals for longer, during long-term activity.

“Our finding gives us a better understanding of how our nerve endings maintain the correct signalling strength as we grow, or take on new activities, like running or weight training.

“It could also point to new ways of treating symptoms of reduced nerve-muscle signalling, such as weakness and tiredness in early stages of motor neurone disease, when failing nerve endings might be boosted enough to work for longer.”

It was launched after researchers in New Zealand discovered that if the protein was given to mice with early stages of motor neurone disease it improved muscle performance for several weeks, enabling them to run around for longer.

Motor neurone disease affects life expectancy and scientists were testing the theory that the protein’s role in neuronal development might slow or prevent motor neurone death and prolong the life of these mice.

The mice did not live longer, but they did stay mobile for longer.

This latest study was designed to test how this occurred. The new findings suggest the protein restored lost signal strength to sick motor neurones, at least in the short term.

Dr Bewick added: “We hope that eventually this mechanism can be targeted with drugs to help people with neuromuscular diseases, where their nerve terminals don’t work very well, to improve their quality of life.

“While uncovering this system is an extremely exciting first step, we also know that although harmless to mice, injections of pure TGFb2 can be highly toxic to humans.

“Now we know how TGFb2 works, however, we are looking for other ways to stimulate the same signalling system safely and in a controlled way.

“We are now looking for funding for this next step in its evaluation.”