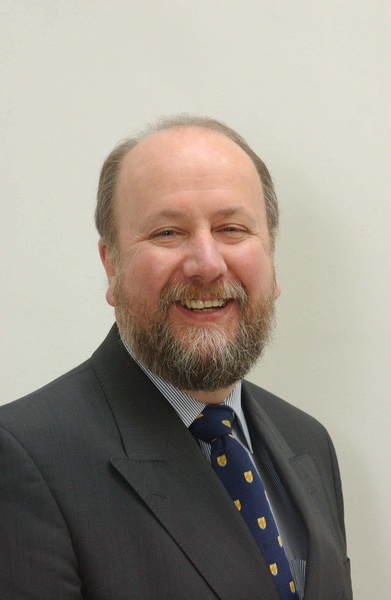 Professor Albert Rodger, Vice-Principal and Head of the College of Physical Sciences at the University of Aberdeen, has been elected to the Royal Academy of Engineering.

Professor Rodger becomes a Fellow of the Academy which comprises the UK’s most eminent engineers, and promotes the engineering and technological welfare of the country.

The Academy focuses on the relationships between engineering, technology, and quality of life and provides independent and impartial advice to Government.

It also works to secure the next generation of engineers, and provides a voice for Britain's engineering community.

Fellows of the Academy provide the leadership and expertise for its activities.

A chartered civil engineer, Professor Rodger has previously been awarded the John Logie Baird Award for Innovation and the Silver Medal of the Royal Academy of Engineering for his research into geotechnical dynamics which has led to patented and licensed inventions.

He is a member of the Scottish Funding Council, Fellow of the Institution of Civil Engineers, and Chief Executive of the National Subsea Research Institute.

Academy President Lord Browne of Madingley said: "The expertise of our Fellows is a unique national resource. We want to see that expertise brought to bear at a much earlier stage of policy development - to ensure that policy is workable, sustainable and affordable.

"While business itself remains the prime vehicle for wealth creation, government can and must do a lot more to foster the right climate for success. Thanks to our network of Fellows with their unrivalled experience in engineering business and research, we are uniquely well placed to help government understand the needs of business."

Professor Ian Diamond, Principal and Vice-Chancellor of the University of Aberdeen said: “Professor Rodger’s appointment as a Fellow of the Royal Academy of Engineering recognises his position among the UK’s most eminent engineers.

“We at the University are delighted that in this role, he will play an important part in driving forward the national agenda in the field of engineering.”

Professor Rodger said: “I am honoured to be appointed as a Fellow of the Royal Academy of Engineering.

“I look forward to working as part of the fellowship and offering my expertise to the Academy’s activities which are integral to the future of the UK’s engineering sector.”

For more information on the Royal Academy of Engineering visit: http://www.raeng.org.uk/

The Royal Academy of Engineering was founded in 1976. It is the UK’s national academy of engineering.