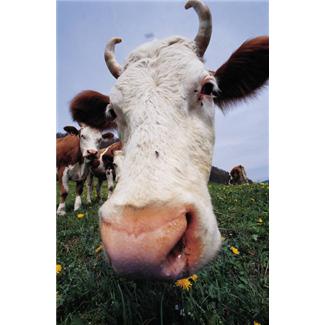 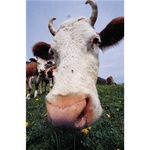 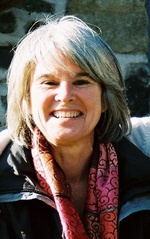 Two thirds of visitors to the countryside have never heard of E. coli O157, new findings have revealed.

In the study by researchers from the Universities of Aberdeen and Bangor two thirds of rural residents and country visitors who had heard of E. coli O157 said they acted to reduce their risk of the potentially deadly infection.

However, most described how they reduced risk by cooking meat properly, and very few gave examples of reducing risk around farm animals and in the countryside.

A third of the people surveyed did not see E. coli O157 posing a risk that required any response beyond their everyday hygiene and cleanliness precautions.

Over 2000 tourists, residents and famers from north Wales and the Grampian region – which has one of the world's highest rates of the infection – took part in the survey.

The study aims to build a better understanding of public knowledge of E. coli O157 in a bid to reduce cases of the infection in rural communities.

Dr Colette Jones from the University of Aberdeen’s School of Geosciences said: “‘In light of last year’s E. coli O157 outbreak on the open farm in Surrey it is important to recognise that rural visitors are not as well informed as they might be.

“They read the signs about washing hands but may not take it seriously enough if they are not fully aware of the danger.  In this project we are aiming to determine the level of understanding of the infection among farmers, locals and visitors to rural areas, and thereby identify how cases of E. coli O157 could be better prevented.”

Only a third of rural tourists involved in the study had heard of E. coli O157 compared with over three quarters of farmers and half of people living in rural areas who are not farmers.

The survey also showed that E. coli O157 is viewed by visitors and locals in the countryside as a food poisoning bug and not something that can be picked up from being around farm animals.

Farmers surveyed in Grampian however knew most about the likelihood of infection from farm animals.  This may be because of work to alert farmers by many including Health Protection Scotland, NHS Grampian and the Scottish Agricultural College after the Task Force on E. coli O157 report in 2001.

Dr Prysor Williams from Bangor University’s School of Environment, Natural Resources & Geography said: “It is likely that rural visitors, especially children, may have less immunity against the bug than those that live on farms. This makes it even more important that people are aware of the risks of E. coli O157 when visiting the countryside”.

The survey is part of a wider three year project which is also investigating how long E. coli O157 lives and remains infectious in soils; whether farmers and abattoir workers have immunity to E. coli O157, the economic costs of disease and the relative risk of different sources of infection.

The project - Rural Economy and Land Use (RELU) - brings together 17 researchers from Aberdeen, Bangor and Manchester universities and the London School of Hygiene and Tropical Medicine.

For more information on the project visit http://www.abdn.ac.uk/reluecoliproject/

The survey was undertaken between April and December, 2008.

Grampian has about 50 cases a year which is five times the expected number given its population of around 500,000.

E. coliO157 is excreted by cattle and sheep in their faeces.  It survives in the environs and can infect people who touch objects contaminated by the faeces and who then ingest food with the live E. coli O157 on their hands.

Cattle and sheep have no ill effects with infection and about 10% of cattle and 8% of sheep have E. coli O157 and remain perfectly healthy.

Last summer over 94 people were ill with E. coli O157 after visiting an open farm in Surrey.

While E. coli O157 makes some people severely ill, others can have no symptoms when infected.  It is the potential E. coli O157 has to cause large outbreaks and to kill that drives concern to control the bug.

E. coliO157 is one of many Vero Toxigenic Escherichia coli (VTEC) that are distributed worldwide and that all cause a similar illness. or VTEC for short  VTEC O157 is most common in the UK but in other countries VTEC O111; O103; O145 and O26 are more common

Simple precautions to avoid infection in rural areas are given in a leaflet produced by Health Protection Scotland and the Scottish Agricultural College http://www.documents.hps.scot.nhs.uk/giz/ecoli/simple-precautions-O157.pdf

The Health and Safety Executive also give guidance http://www.hse.gov.uk/campaigns/farmsafe/ecoli.htm