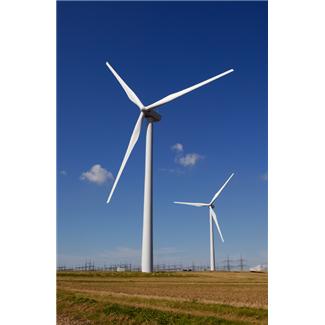 With the first Co-operatives Fortnight underway (June 19 to July 3) to showcase a different way of working, the University of Aberdeen today (June 23) launches a new project to promote democratic ethical enterprise.

The University has been awarded a Knowledge Transfer Partnership grant of £109,000 from the Scottish Government and the Economic and Social Research Council to raise the profile of co-operatives to students, graduates, and the wider community.

The Partnership involves the Co-operative Education Trust Scotland, which has established strong links in primary and secondary schools and is now venturing into higher education.

In recent years the movement has enjoyed a revival with co-operatives ranging from retail to agriculture to housing and credit unions flourishing again.

The north-east of Scotland is home to a thriving co-operative sector, thanks in part to its strong rural economy. Important contributors include Aberdeen and Northern Marts, the Boyndie Wind Farm Co-operative, Grampian Credit Union, and Tenants’ First Housing.

Co-operatives are businesses, owned and controlled by their members, which are set up to meet a common need and are underpinned by internationally recognised values and principles. There are a range of models including producer and consumer co-operatives, credit unions, and employee-owned businesses.

Within Scotland, the co-operative movement is helping to support the growth of key sectors such as food and drink, tourism, forestry, renewable energy, and creative sectors.

The United Nations has declared 2012 to be the International Year of Co-operatives and with the economic downturn they have returned again to the fore with the three main political parties all backing the movement in their election manifestos.

One of the key tenets of the co-operative movement is education. Through the grant award new materials are being designed for use in universities and will be available on an open access basis. These include resource packs for teaching undergraduates and postgraduates, a website to support e-learning and flexible delivery, a toolkit for young entrepreneurs, and placement projects.

A two-day international conference will be hosted by the University of Aberdeen in the autumn which is expected to attract delegates from across the UK and internationally. The programme includes speakers from Mondragon Co-operative Corporation in the Basque Country, renowned for its success as a world-leading example of employee-owned business.

Dr Elizabeth Macknight, who is leading the project at Aberdeen, said it was vital that graduates have an appreciation of alternative models of enterprise and entrepreneurship.

“We are proud to be working with Co-operative Development Scotland (CDS), which is a subsidiary of Scottish Enterprise, to market and promote the educational materials through workshops, training, and seminars.

“The Scottish Government, funding councils, and the European Commission are calling for universities and businesses to develop constructive ties and the Knowledge Transfer Partnership scheme is an excellent way to foster collaboration.

“This project will strengthen young people’s engagement with democratic ethical ways of working and help them apply their enterprising skills to create new co-operative businesses.”

The University of Aberdeen has recently undertaken an overhaul of its undergraduate curriculum with the aim of ensuring that graduates better meet the needs of employers.

New placements and teaching and learning resources developed through the Knowledge Transfer Partnership will advance the Curriculum Commission’s recommendation that all students should be exposed to the spirit of enterprise and innovation, in the widest sense of the term.

The co-operative model has values and principles that mean a share of profits goes back to support the community and other concepts such as fair trade.

“However it is an alternative way of doing business that the education system does not address sufficiently – and it can be entirely possible to go through the Scottish education system without ever encountering the idea of a co-operative or mutual. We aim to change that through partnerships like this and our work in schools.

“Education was one of the original values and principles of the co-operative movement but it got somewhat left behind in the 1960s and 70s when it was a battle for survival.

“Now that co-operatives have got their business act together and are making a profit again we are able to return to this important principle and we are delighted to be working with the University of Aberdeen to promote the movement to students and graduates.”

Diarmuid McDonnell, recently appointed as the KTP associate for the project, said: “I am delighted to be part of such a prestigious program and look forward to making a difference with a great organisation on behalf of such a progressive university.”

The Co-operative Education Trust Scotland delivers a ‘Co-operate to Succeed’ service to schools, which integrates with the Holyrood ‘Determined to Succeed’ strategy.

For further information on the University of Aberdeen initiative please visit http://www.abdn.ac.uk/cets/